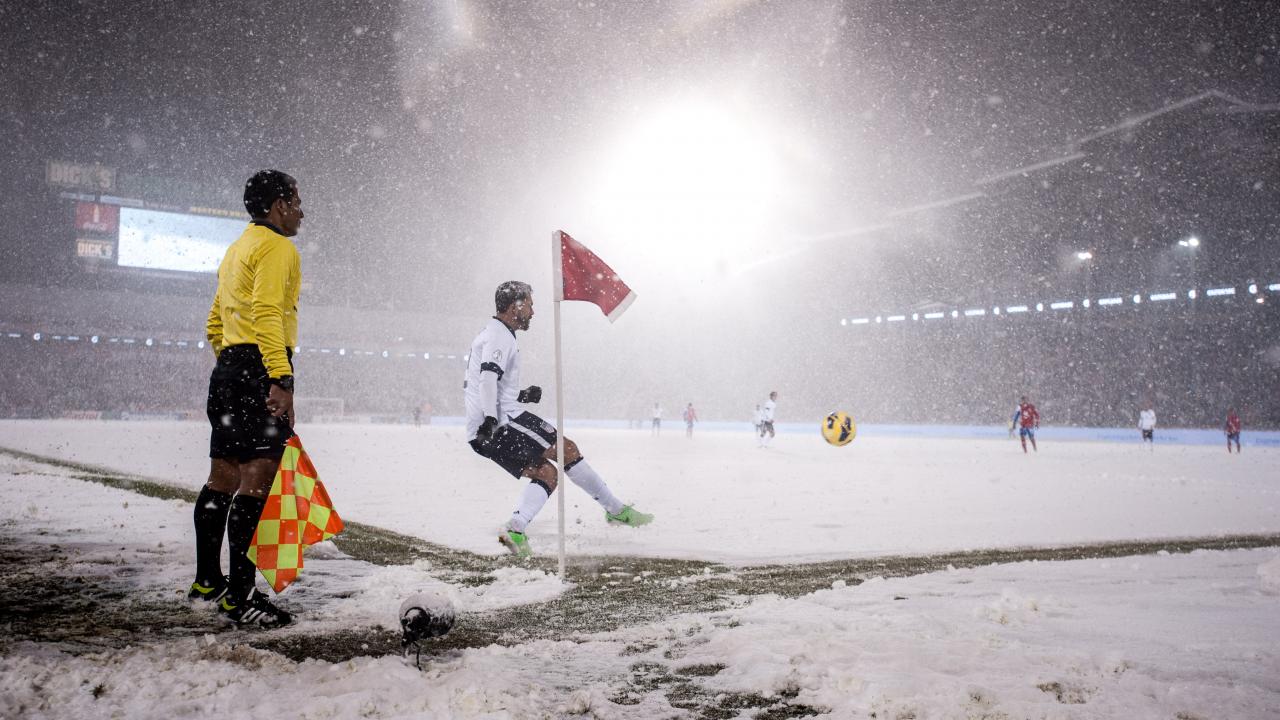 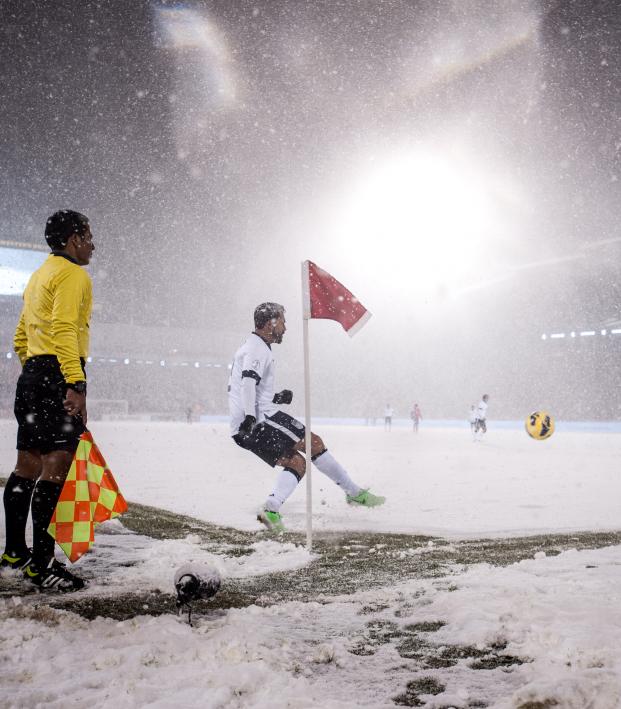 5 Games That Were Played In Diabolical Weather Conditions

Every former footballer can think back to their playing days and remember those games when the elements went wild. Sometimes you were about to pass out due to heat exhaustion, freeze to death in tundra-like weather or drown from a downpour of rain.

The professionals have to deal with the elements as well, as seen in this list of the worst weather football games ever.

The Worst Weather Football Games Of All Time

Dick’s Sporting Goods Park in Commerce City, Colorado, is one of the best places to find crazy weather games. (Spoiler Alert: It shows up in this list twice.)

Aside from the various “Snow Clasicos,” this stadium also has the coldest game: The temperature for a 2018 CONCACAF Champions League match between Toronto FC and Colorado Rapids was 3˚F (-16˚C).

During a friendly match between Assaf Mendes and Dynamo Kiev, one of the most unfortunate own goals in history was scored because of the wind.

At the 2014 World Cup the game of football was introduced to the water break. Soaring temperatures accompanied with the humidity of playing in a rainforest in Manaus made for some of the hottest games with temperatures nearing 100˚F (37˚C). Unfortunately for players, the Brazilian heat was just a preview of what’s to come at Qatar 2022.

Back to Dick’s Sporting Goods Park for another abysmal display of weather. This time, snow comes with the blistering cold. This game will always be famous in U.S. history.

You got to give the guys kudos for creativity when it comes to this corner kick. This 2013 Kazakhstan League match proved to be one of the wettest games in football history.