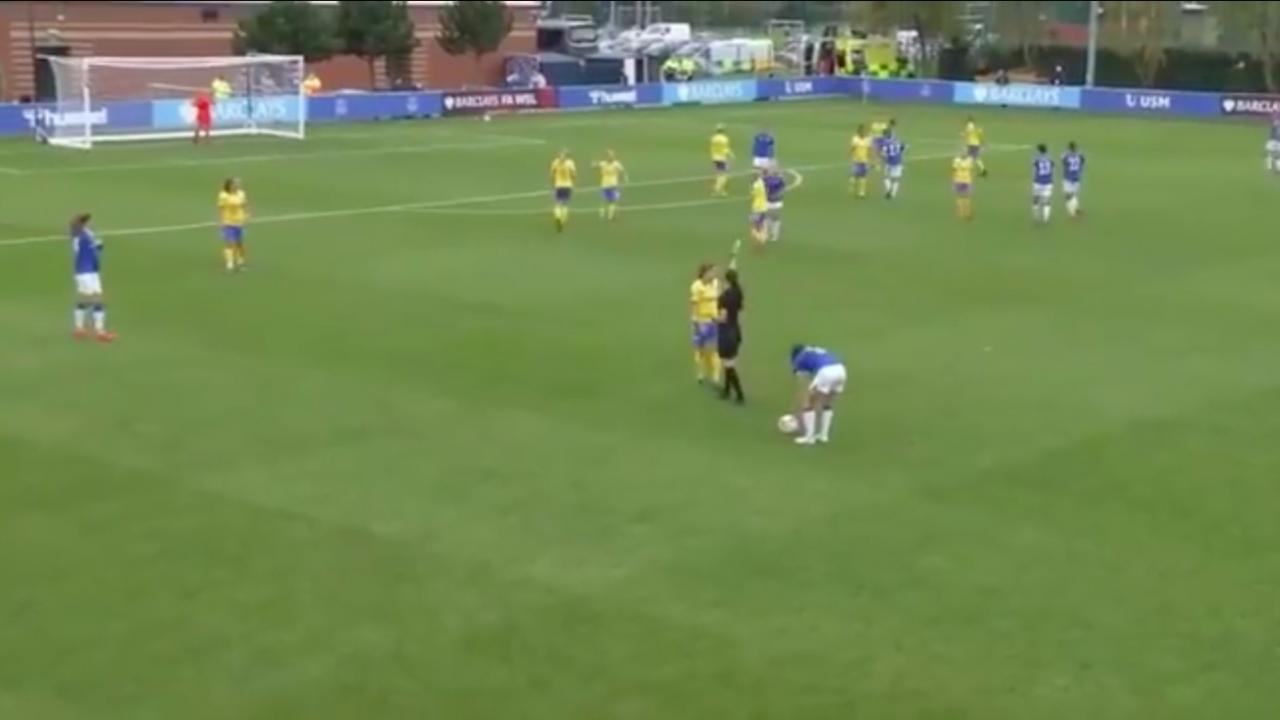 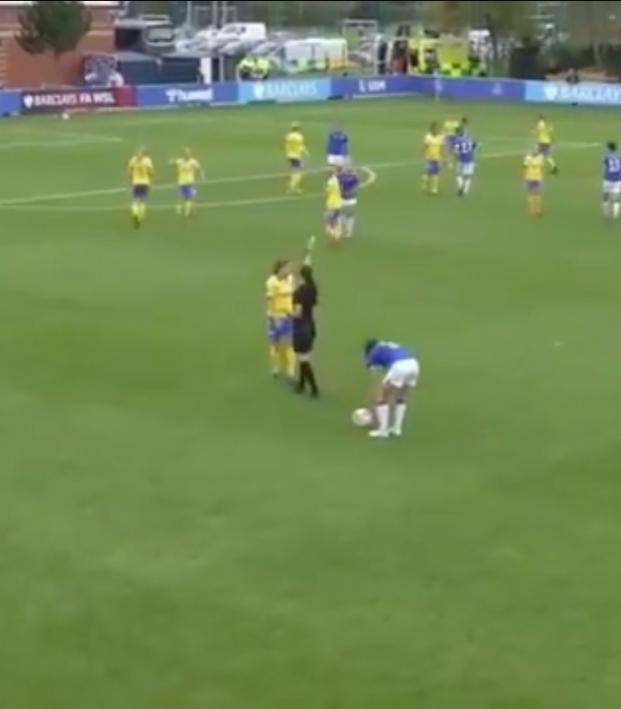 FA Women’s Super League referee Lucy Oliver is in hot water after she made a critical error during Sunday’s match between Everton and Brighton & Hove Albion.

Oliver is receiving heavy criticism after she issued two yellow cards to Brighton forward Kayleigh Green but didn’t produce a red card. Oliver either forgot how to count up to two or had a major lapse in concentration. I’ll give her the benefit of the doubt and guess it was the latter.

The match ended in a 2-2 draw with Green’s second yellow card being issued shortly after Brighton equalized in the 78th minute. Green being properly sent off would have given Everton a deserved player advantage in the final minutes. The draw was a huge blow for the Toffees as a victory would have seen the team tied on points with first place Arsenal.

The yellow card situation itself was circus-like as someone took the liberty of clipping together Oliver producing the two yellow cards to the appropriate tune of Thunder and Blazes.

Kayleigh Green is given a yellow card in each half. She remained on the field for the full 90 minutes, plus stoppage time.

The #FAWSL needs to fix this. ASAP. Clubs are investing more than ever before, and for what? Decisions like this to happen every week? pic.twitter.com/jtrYl4h4fW

Before diving into the analysis and reaction to the incident, we need to talk about Green’s reaction to her second yellow card. This was an Oscar-worthy acting performance of pretending it was her first booking. She didn’t even bother waiting around for a red to be produced as she briskly walked back into position. Sportsmanship and honesty don't exist when you can pull off a stunt like this.

The situation isn’t a good look for Oliver, who is married to Premier League referee Michael. The match didn’t even feature a high number of bookings. Other than Green’s two yellow cards, Oliver only punished one other player with a card.

Everton’s manager Willie Kirk was rightly irate when he spoke to BBC Sport.

“For a player to be booked twice and still be on the pitch is baffling. I think it’s only happened once in my lifetime. It shouldn’t happen," he said.

The WSL’s officiating hadn't been up to standard even before Oliver’s yellow card debacle. The officials in the WSL aren’t full-time professional referees. On Monday, Baroness Sue Campbell, the director of women’s football at the Football Association, spoke about plans for improving the women's game over the next four years and admitted there isn’t a timeframe for when referees will become full-time in the WSL.

Baroness Sue Campbell fell short of admitting the refs were lagging behind the rest of the professional game, highlighting how hard they work and their day jobs etc