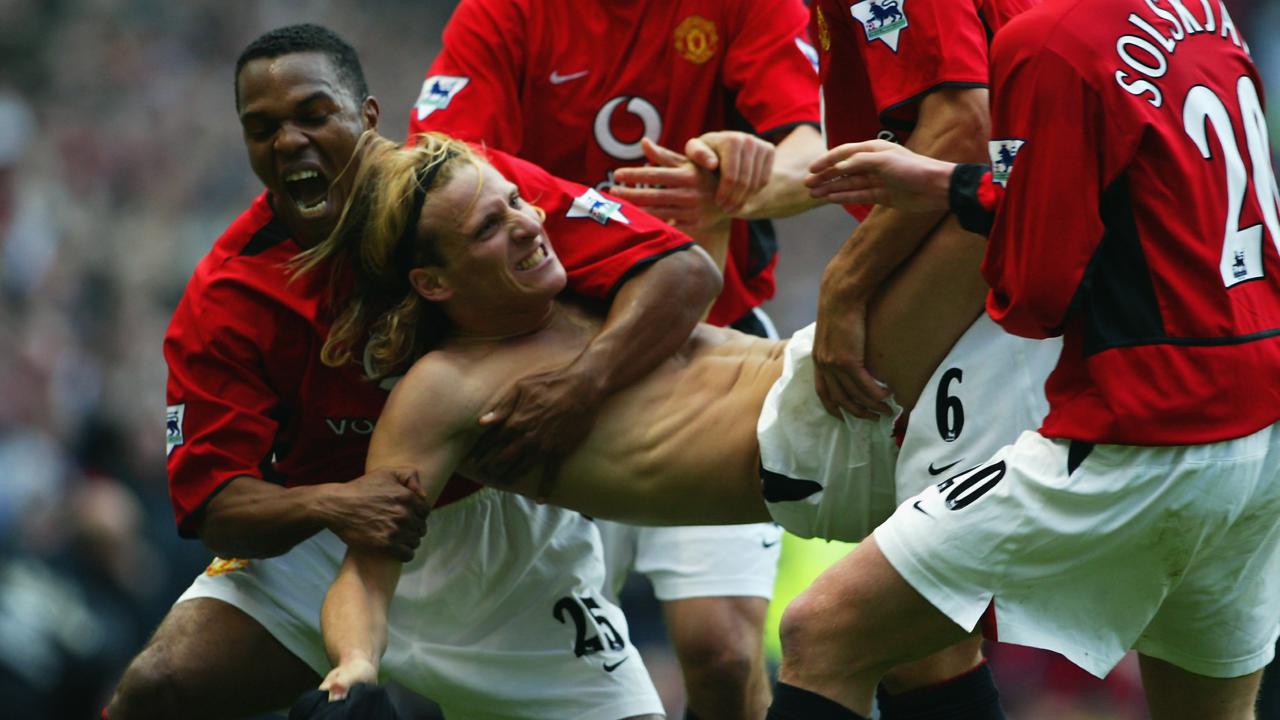 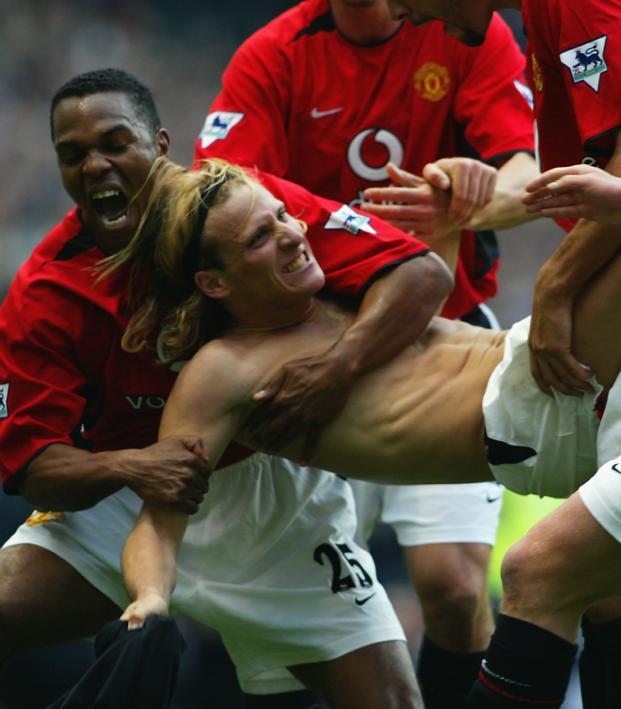 Remember When Diego Forlán Aggressively Counter-Pressed Without A Shirt On?

After Diego Forlán stepped into one back in 2002, unleashing a howitzer from nearly 25 yards out that was still rising when it flew into the corner, you could sense the relief and outpouring of ecstasy from both the Old Trafford crowd and the Uruguayan forward.

For supporters, it was a sensational 85th-minute match-winner that would ultimately prove vital in Manchester United’s 2002-03 Premier League title. For Forlán, it was a second EPL goal in 25 appearances after the first had arrived just one week prior. Things were finally looking up for the 23-year-old, and his joy could only be exhibited in one way: of course he had to pop the top off.

Veron ➡️ Forlan ➡️ Back of the net ☄️

Forlán had arrived on English shores during the 2002 January transfer window as a largely unknown $10 million gamble. In the days before countless streaming options and online highlights, his success at Independiente in Argentina’s Primera División counted for little, and he still hadn’t even made his international debut.

Ruud van Nistelrooy was firmly established as United’s main hitman, but Forlán was brought in to add more goals and to push Ole Gunnar Solskjær for minutes. Already something of an iconoclast with his flowing blonde mane and a technical game that always looked better suited for LaLiga, Forlán’s first half-season with the Red Devils amounted to 18 appearances with zero goals and zero assists.

Things didn’t improve in August, September and early October of the new campaign, but his first league goal salvaged a draw against Fulham and then we had this screamer against Southampton. But whenever there was success for Forlán in a United shirt, it was always followed by immediate failure.

After scoring against the Saints, he couldn’t get his shirt back on. More spectacularly, Juan Sebastián Verón attempted to play him a pass, and Forlán then had to track back and win possession off James Beattie.

“The goal that I scored on Saturday was one of the best ones that I have done in my career,” Forlán later told South American press. “First of all because I was on the pitch for only a few minutes, second because it was a nice goal and third because it gave victory to my team.

The moment is now legendary, to the point that people have referenced it as the genesis of FIFA modifying Law 12 to book players who remove their jerseys during goal celebrations. While it may have played some small role, Forlán’s goal against Southampton was scored on Nov. 2, 2002, whereas the modification to Law 12 was approved by IFAB in February of 2004 and came into effect on July 1, 2004.