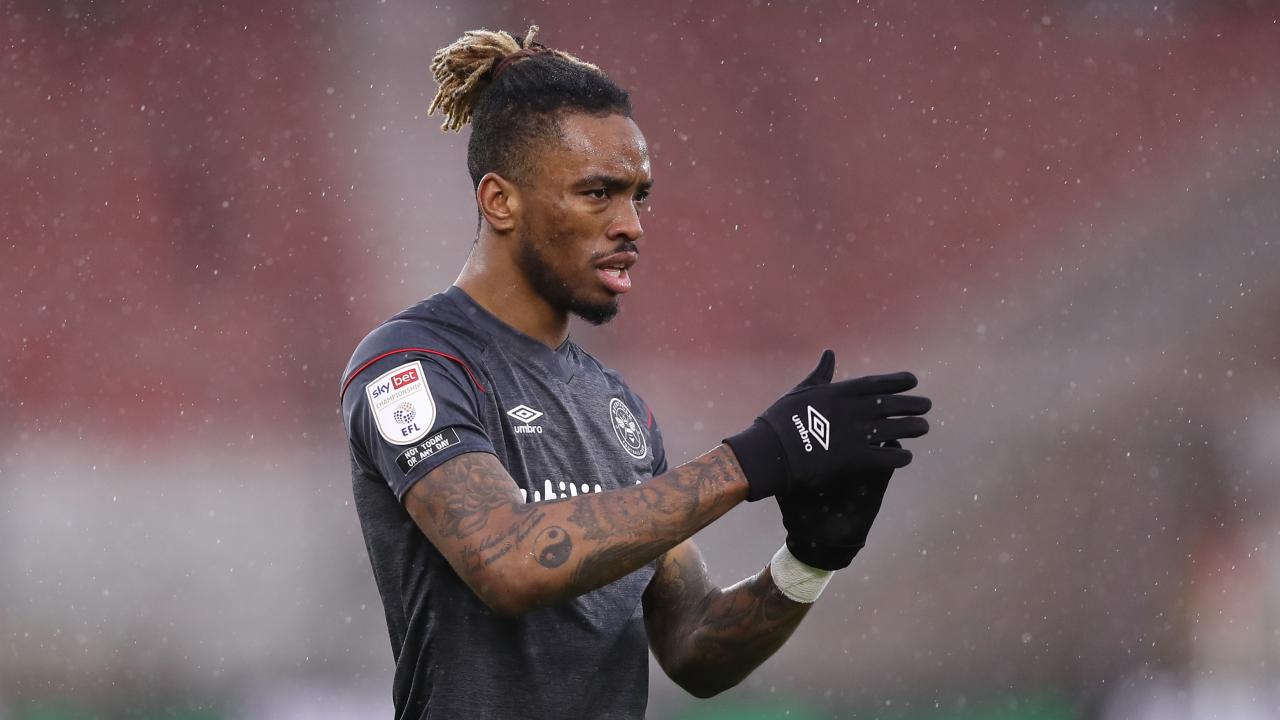 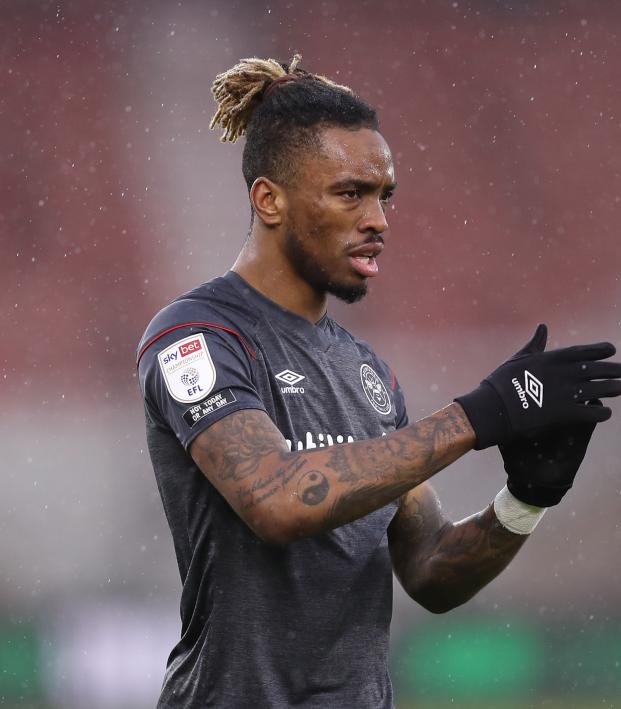 While the Premier League is ascribed to be the most talented league in the world, the EFL Championship might be as difficult, if not more so, than the English top flight.

In terms of talent, the Championship is just a small step below the Premier League and there is little disparity between the top and bottom of the table. 23rd place Birmingham has beaten second place Brentford and fifth place Reading this season, while Derby County beat Norwich then went winless for two months and dropped to the bottom of the table.

Add in a grueling 46-game schedule, plus League and FA Cup matches, and the Championship becomes a gruelling war of attrition that wears down even the best of sides.

Bristol City and Reading both had flying starts in the league this season, each winning their first four games. After eight matches, Reading held a six-point lead at the top — with a draw as its only blemish. But in came Norwich and its 10-match unbeaten run, which propelled the Canaries to the top of the table — a spot they have held routinely since since. Brentford responded with its own unbeaten streak, which was enough to unseat Norwich (for a week) before promptly losing.

The rest of the playoff contenders have also managed to keep pace: Bournemouth has not left the top six all season, Swansea has held third place for the last eight matches and Watford has the best home record in the league.

With only three promotion spots available, which of these six sides will earn a place in the Premier League? Or could another side outside the top six earn its way into the playoffs?

Here's how the Championship table stands after the weekend's matches:

Let's see what each of the top six teams have to offer:

Norwich was never going to be a big spender in the Premier League, instead the goal was sustainability. The Canaries have kept most of their young talent, and the result is an efficient team that currently sits top of the table.

Emiliano Buendía and Todd Cantwell have been phenomenal once again, with the Argentine Buendía finding the finishing ability he lacked in the Premier League — eight goals and seven assists in the league. Veteran striker Teemu Puuki has also rediscovered his 2018-19 form, notching 13 goals thus far.

The only thing the Canaries still lack is a tertiary goal threat. They rank sixth in the Championship in goals scored (of playoff sides, only Swansea has fewer) and no player outside Pukki and Buendía has more than three goals. But that's being picky. Norwich has been the most consistent side in the league this season. Daniel Farke's crew has lost back-to-back games just once, which it followed with a 10-match unbeaten run, a practice which should see the Canaries reach the Premier League again.

Arguably the peoples' choice for promotion, Brentford looks to secure its first top-flight season since 1946-47. Thomas Frank's side plays an attractive brand of attacking football and his squad is built around young players that have been overlooked by other cubs. The Bees lead the Championship with 55 goals scored (11 more than any other team) despite losing their two best players, Ollie Watkins and Saïd Benrahma, to the Premier League.

The duo was replaced by Peterborough signee Ivan Toney, who has carved up the division to the tune of 23 goals and nine assists, both league highs. But he is not just a one man show. Eight players have multiple assists and nine have multiple goals. Mathias Jensen and Josh Dasilva lead the charge in the midfield, while wide duo Sergi Canos and Bryan Mbeumo have 13 assists. And all five players are 25 or under, of course.

Brentford might not be as strong defensively as other promotion contenders, but who needs a backline when you win matches 7-2? The Bees fell just short in the playoffs last season, and the most talented side in the Championship will be feeling the pressure once again.

The Swans have the goal-scoring prowess of a mid-table side, but the Welsh wonders have only conceded 15 goals in 30 matches. Center backs Ben Cabango and Marc Guehi, both just 20 years old, have been two of the best defenders in England, while Wolves and Norwich veteran Ryan Bennett rounds out the backline trio. All three rank in the Championship's top 15 performing center backs this season (per WhoScored)

Swansea's attack is led by the duo of Andre Ayew and Jamal Lowe, who combine for more than half of the team's goals (nine each). Lowe has already surpassed the six goals he scored for Wigan last season, a fantastic achievment for a player who played for nine different non-league sides before his Football League debut in 2017.

No other attacker has more than two goals, but midfielder Conor Hourihane, who has three goals in three matches since signing on loan from Aston Villa, could provide that little bit of attacking quality that takes Swansea into an automatic promotion spot. And don't forget that the Swans have played two fewer matches than their promotion rivals.

Watford has not won more than three matches in a row nor has it lost back-to-back contests, and it is this unimpressive consistency that has kept the Hornets firmly in playoff contention. Winger Ismaila Sarr has been phenomenal once again while Troy Deeney already has three goals in the new year. But just like the club as a whole, most of the squad has been solid without being spectacular.

The Hornets have succeeded this season on the back of their home form. Watford has earned 35 points from 15 home matches, best in the league, but also has the worst away form of any of the playoff sides (just three wins and seven goals in 14 away matches). This side has plenty of Premier League experience, but you have to think the Hornets will be dreading the away leg of a playoff semifinal.

Watford is 11 points clear of 7th place Cardiff, so a playoff spot is almost a formality at this point, but this team's consistency could be important should either of the top two begin to falter.

If Watford is the quiet, dependable side, then Reading is the flash in the pan — win spectacularly or die trying side. No other Championship team averages more dribbles per game, with Ovie Ejaria and Lucas João both ranking in the top five in this category. João has 16 goals and five assists and would be a serious player of the year contender if not for Brentford's otherworldly Ivan Toney. Wingers Ejaria and Michael Olise have been the side's key providers, contributing 13 assists together.

But for all of the attacking at the Madejski Stadium, Reading has struggled defensively at times, allowing the most goals of the top six teams. Manager Veljko Paunović's side conceded 12 goals during a four-match losing streak earlier in the season, including squandering a 2-0 halftime lead against Bournemouth in a 4-2 defeat.

Reading's biggest enemy might be its own inconsistencies, as three of its nine defeats have come in matches in which it led. The Royals also have just two wins and one draw in seven matches against the current top six. After a stretch at the top of the table, does Reading have the guile to overcome its defensive issues and earn promotion?

After eyeing automatic promotion for much of the campaign, a recent four-match losing streak has seen the Cherries drop to sixth. Despite this skid, Bournemouth is still six points clear. Dominic Solanke is finally realizing the potential that Chelsea and Liverpool had both recognized, posting 10 goals and four assists. Veteran Junior Stanilas has also been superb, scoring nine goals and playing just about every position in the midfield and attack.

On the defensive end, goalkeeper Asmir Begović is enjoying a renaissance year, as the 33-year-old is having his best season since his Stoke City days of a decade ago, and center back Steve Cook continues to be one of the most underrated defenders in England. Midfielder Ben Pearson (51 yellow cards over four seasons) was signed during January from Preston North End and gives an edge to a finesse-based side.

Without that four-game losing streak in January, this Bournemouth side is easily in second and in line for a quick return to the Premier League. For now, the Cherries are a sixth place team that no third place side will want to face in the playoffs, but I expect this squad to move up the table before the season ends.

Just three points separate seventh through 15th place, though all of these sides are six to nine points off a playoff spot. This seems like a sizeable distance, but last year Nottingham Forest led Swansea by nine points after 31 matches and it was the Swans, not Forest, that made the playoffs.

One team to keep an eye out for is Cardiff, which once again boasts a physical, direct side led by the 13 goals of striker Kieffer Moore. The Bluebirds pushed Fulham to the brink in last year's playoff semifinal and are just six points off sixth place.

Blackburn Rovers are another team with playoff potential. Blackburn has just one fewer point than Cardiff and is tied for third in the league in goals scored. Adam Armstrong has been unstoppable with 18 goals, while teenage loanee Harvey Elliot (Liverpool) has played well beyond his years. Based on expected goals, Rovers should have 10 more points, enough to push the club to third.