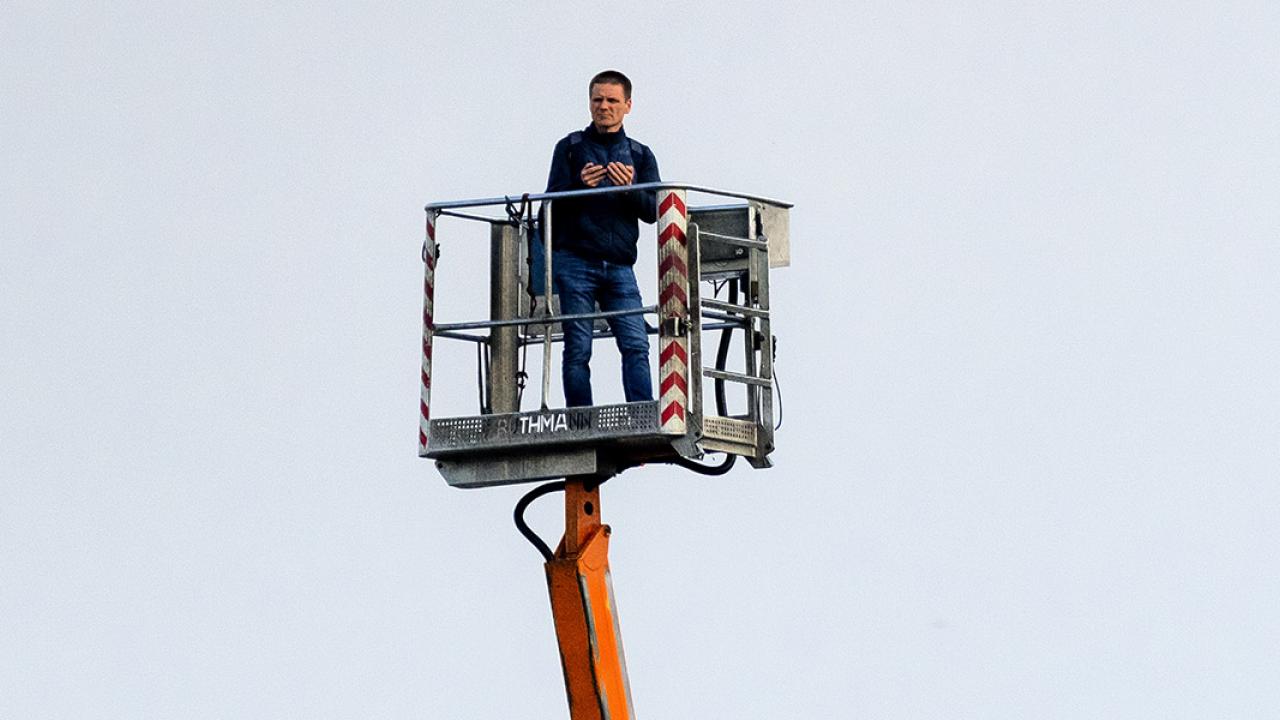 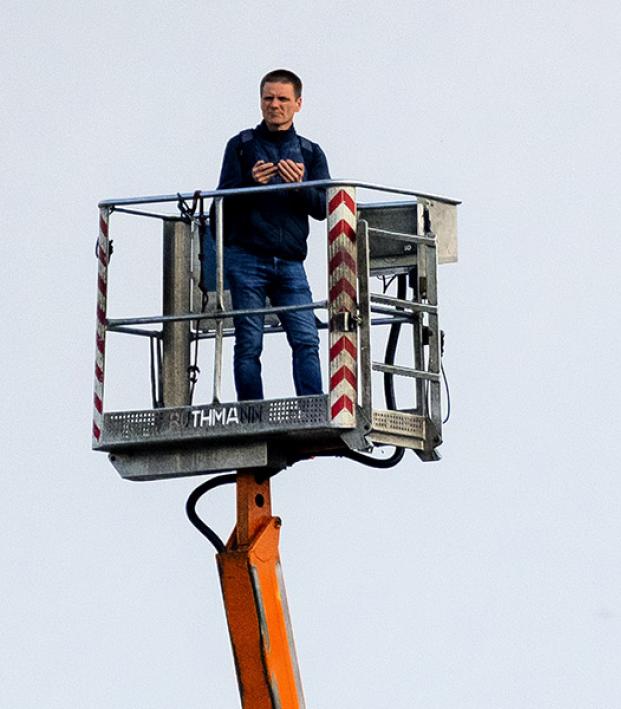 Football fans will go to the most ridiculous lengths to support their teams. The supporters are a crucial aspect to “the beautiful game,” which is why playing in front of no fans is so odd. Polish side Slask Wroclaw thought it was playing without anyone watching, until one lone fan rose above the wall of the stadium. This super fan is No. 5 on this list of the most dedicated football fans.

Not even a global pandemic would stop this man from watching his team. The Ekstraklasa in Poland had produced some of the oddest things you’ll see on a pitch, including wild goals or players kicking themselves in the face.

This time around the madness came off the pitch when one man rose above the rest and watched over a match like Batman watching over Gotham. The hardware stored he rented the lift from is about to be overrun with requests.

One thing you can always count on seeing at a World Cup is Japanese fans going all-out with costumes, face paint and whatever the hell this is.

The one thing the separates these fans from all of the rest is their courtesy to clean up the stands after matches. Even after Belgium shattered their hearts at the 2018 World Cup, the supporters still helped pick up the stadium. Dedication and top class.

3. Panama Fans Celebrating Despite Getting Destroyed

The USMNT’s epic failure to qualify for the 2018 World Cup secured Panama’s first-ever trip to the World Cup. It was a rough trip to say the least, with the small Central American country losing all three games and finishing with a negative-9 goal differential.

That didn’t stop Panama fans from going absolutely wild when their team scored against mighty England. From the celebrations alone you would have thought Panama won the whole tournament. Then you realize that England was leading 6-0. The dedication to keep on fighting though from the fans is worthy of this list.

Traveling supporters of Bayern Munich took “Elevated Platform Man” to a whole different level, literally. In 2014, the Bundesliga champions had an away Champions League match against CSKA Moscow. UEFA had barred all fans from attending the match as a punishment for racist chants from CSKA Moscow supporters. Bayern fans weren’t going to be stopped that easily and simply rented a floor on a nearby skyscraper and watched from there. Genius.

AMAZING: Bayern Munich have paid back all fans who rented a skyscraper to watch the CSKA closed-door game last pic.twitter.com/II0LvKJNG4

The sad Brazil fan holding the World Cup trophy last night handed it to a German fan for the final. #BRA #GER pic.twitter.com/eqerednic7

Clovis Fernandes was Brazil’s biggest fan. He carried a replica of the World Cup trophy for nearly every game and received worldwide attention after his country was thrashed 7-1 in 2014 at the hands of Germany. Fernandes had been to every World Cup since Italy 1990 carrying the trophy, which is why it was so shocking when he handed it over to a German fan after the devastating loss. Thankfully, the fan gave it back to him before the next game.

Fernandes passed away in 2015 at the age of 60 to cancer. His two sons carried on the tradition and took the replica to the 2018 World Cup.

In 2015 he sadly passed away from cancer.

His sons Frank and Gostavo are now in Russia continuing his legacy.

Truly, the most dedicated fan football has seen.