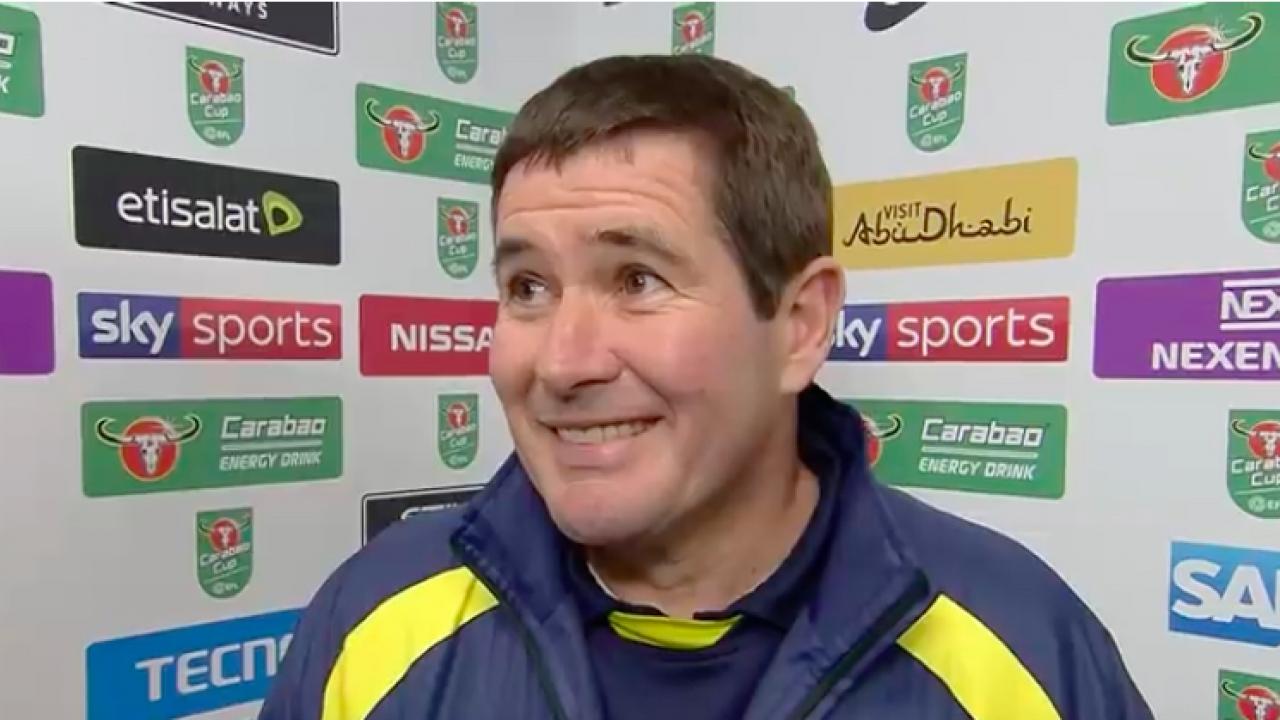 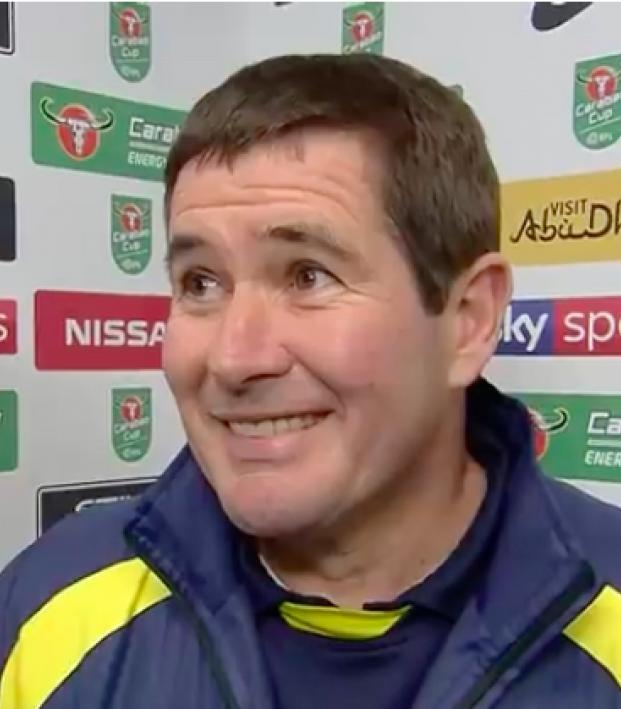 After Losing By 9 Goals To Man City, Burton’s Manager Gave A Can’t-Miss Interview

The Carabao Cup is essentially a contest to determine which Premier League side has the most expansive, expensively assembled reserve team. It’s a test of squad depth that only a handful of clubs can afford to juggle while the rigors of league play take precedent, and so it comes as absolutely no surprise that Manchester City has won the competition three of the last five years and is on the cusp of making it four of six.

While either Tottenham or Chelsea will constitute the final resistance at Wembley, City rendered its Jan. 23 second leg against Burton Albion entirely meaningless after trouncing the Brewers (whose crest actually has a footballer with a beer belly) 9-0 at the Etihad. Yes, the oil-rich country of the United Arab Emirates hammered a team owned by an insurance guy from Burton.

What a goal here by Zinchenko! Even if it was a cross, well placed! pic.twitter.com/ezYwcm1GJp

But after watching four goals from Brazil’s starting striker Gabriel Jesus, one from World Cup Dream Team member Kevin De Bruyne, one from 2016 EPL Player of the Year Riyad Mahrez, another from the $64 million Kyle Walker and a couple others, Burton manager Nigel Clough — son of the legendary Brian Clough — gave this brilliant interview following the match.

We’re all cheering for Burton to turn this around at the end of the month, when the return leg will be played at Pirelli Stadium in front of a capacity crowd of nearly 7,000 — which is more than the amount of City supporters that turned up yesterday.

De Bruyne nods in from close range. Manchester City might score more goals than than there are spectators tonight.