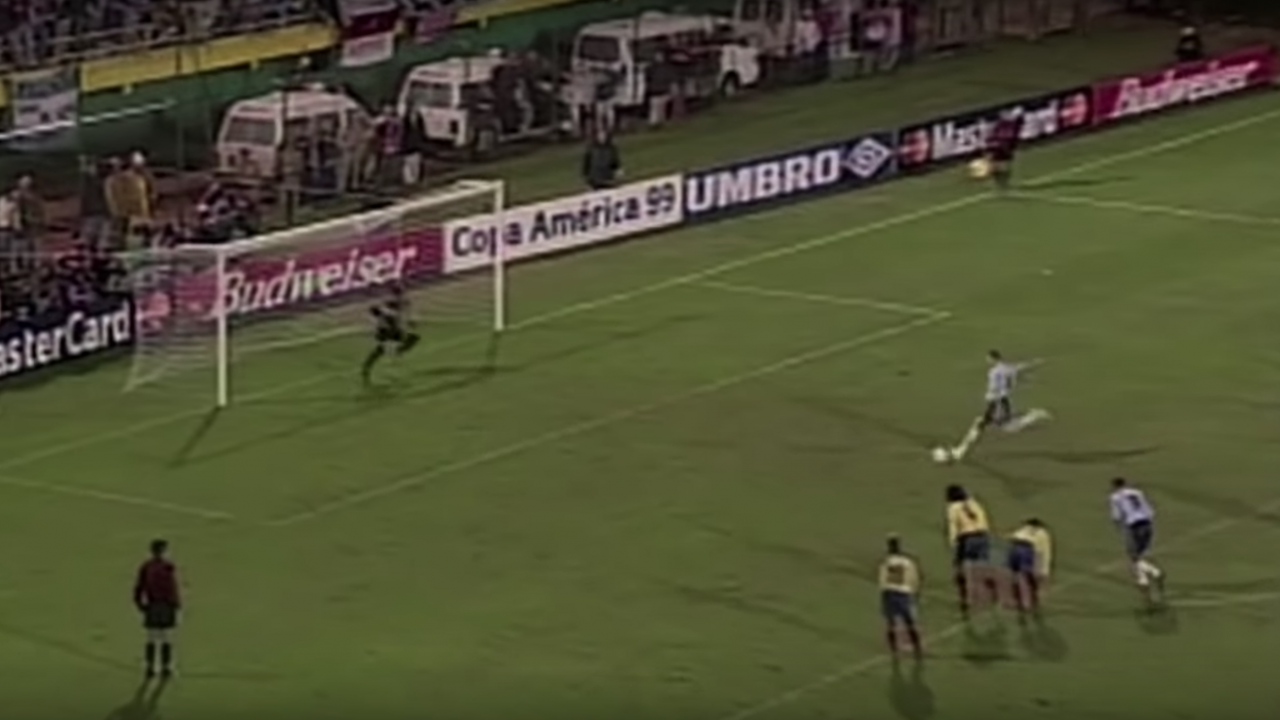 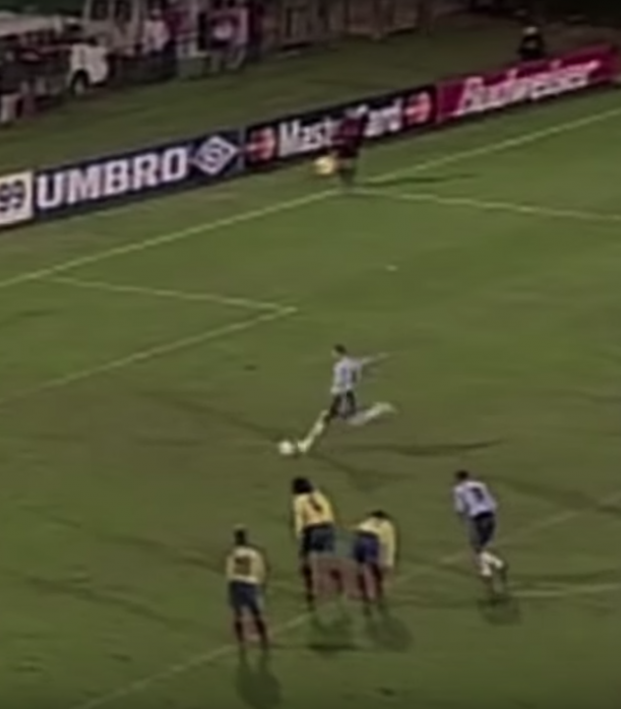 A Day To Forget: Remembering The Man Who Missed 3 PKs In One Copa America Match

If you ever think you’re having a bad day at the office — maybe your alarm didn’t go off or the coffee tastes like garbage or you’re one of the millions of people suffering from wage theft — be glad you are not Martín Palermo, the man who holds the Guinness World Record for most missed PKs in a single match.

In reality, spot kicks are generally converted at a rate of about 75 percent — a really good chance to score but not a sure thing. But it’s a high enough rate that if you get two penalties in a match, one will probably go in.

Palermo was, once upon a time, a great striker in Argentina. Though he had stints overseas with Villarreal, Real Betis and Alavés, he retired as Boca Juniors’ all-time leading scorer with 236 goals. Palermo once scored on a 40-yard header, because he was kind of a badass with Boca. He won the Copa Libertadores and the Copa Sudamericana twice each to go with six league titles in Argentina.

His time with the Argentina national team, however, did not go so well.

Palermo made his international debut at the age of 25 in 1999 and was a part of the squad that went to Paraguay for the Copa America that year. The tournament actually started well for the La Plata native, who scored twice in a 3-1 win over Ecuador to start group play.

But the second group-stage match, against Colombia, will go down in infamy.

Never in the history of the game has one player missed more penalty shots in a single match. It was, without a doubt, the worst performance from a striker in a big moment. Gonzalo Higuaín’s misses for La Albiceleste were child’s play compared to Palermo’s sad day.

The match was played on July 4, 1999, the same day the USWNT beat Brazil 2-0 to advance to the final of the Women’s World Cup. Officiated by Ubaldo Aquino of Paraguay, the match set the record for most penalty kicks awarded in a major international tournament game with five. Colombia made one of the two PKs it was awarded, Ivan Córdoba scoring and Hámilton Ricard having his saved.

But the real story was Palermo.

Argentina was awarded a penalty kick in the fifth minute, which should have been a dream start for La Albiceleste. Instead, Palermo’s attempt skimmed off the top of the crossbar. The left-footer’s second chance came after another hand-ball in the box in the 76th minute, but he sent his shot over the goal for what would have been an equalizer. With the match all but out of reach with Colombia leading 3-0, Argentina was awarded a third penalty in the 90th minute after Palermo took a bit of a dive in the box. Palermo finally hit the target this time, only to be denied by goalie Miguel Calero.

Check the highlights yourself to see the most missed PKs in a match.

Though Palermo partially redeemed himself with a goal in a 2-0 win over Uruguay to get Argentina through to the knockout rounds, he did not appear again for his national team for nearly a decade.

Palermo broke Maradona’s record as the oldest Argentine to score at the World Cup at the age of 36, putting in a rebound from a Lionel Messi shot against Greece, giving him a bit of redemption.

In terms of strict numbers, Palermo actually had a better scoring rate (nine goals in 15 appearances, 0.60 goals per appearance) for Argentina than Lionel Messi (.50) and Diego Maradona (0.37). And he’ll always be a legend at Boca Juniors.

Nowadays he’s moved on to a coaching career, starting in his native Argentina and recently taking over Liga MX side Pachuca in 2019.

But he’ll always be remembered for owning the infamous record for most missed PKs in a single match.