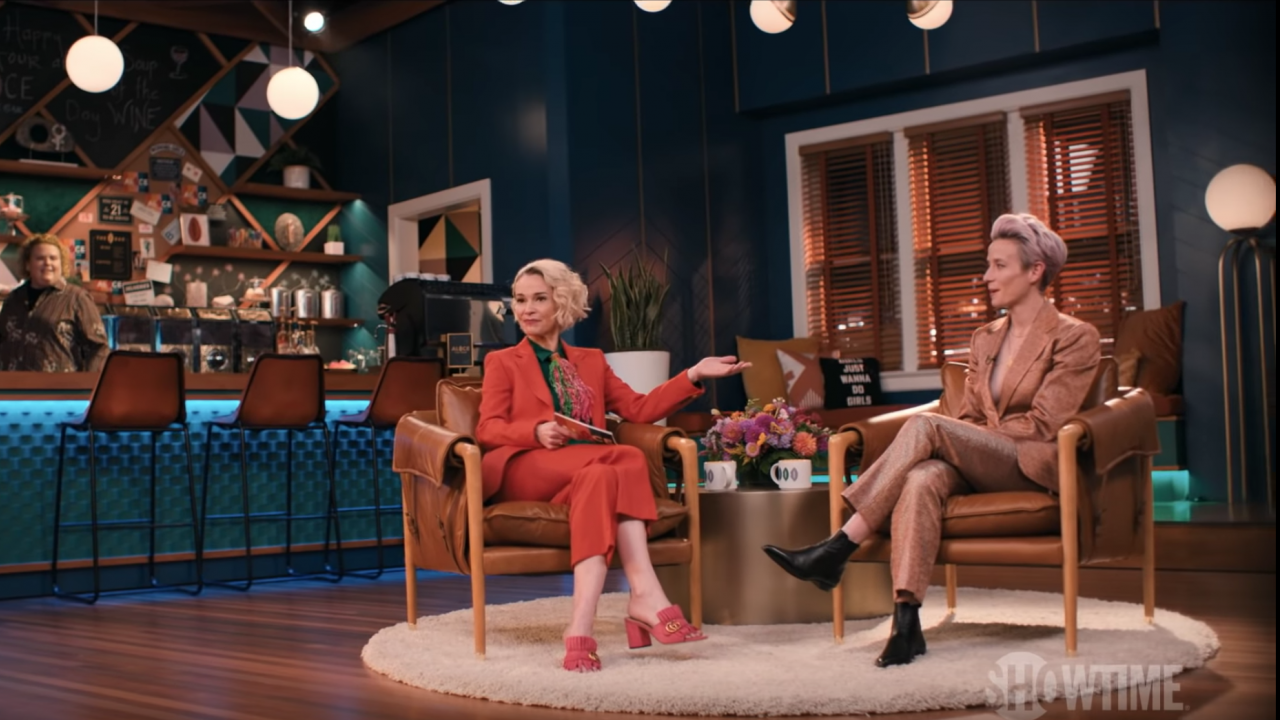 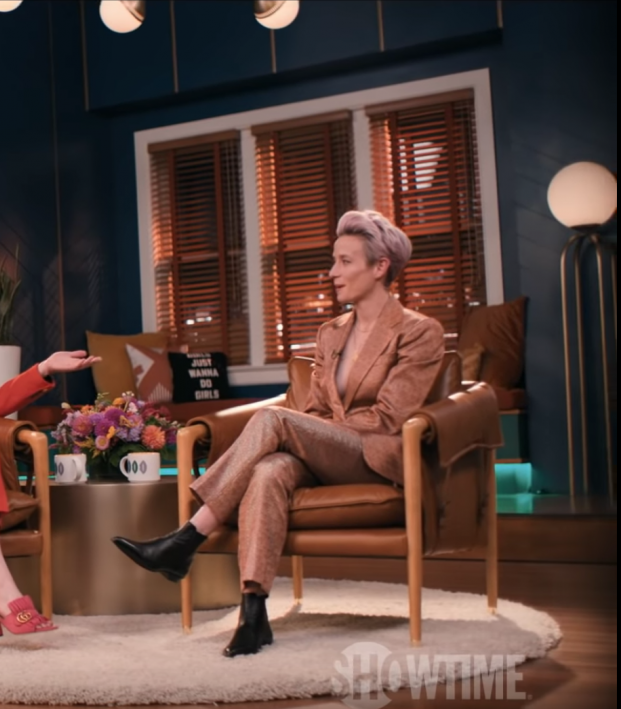 Megan Rapinoe’s remarkable 2019 didn’t come to a close without one more television appearance. Rapinoe made a cameo in a Dec. 22 episode of “The L Word: Generation Q” as a guest on the show “Alice,” talking about everything from locker room celebrations to her own coming out story.

The above video shows Rapinoe’s brief appearance on “The L Word: Generation Q,” which is a sequel to Showtime’s 2004-09 show “The L Word.” In the sequel series, Alice Pieszecki (played by Leisha Hailey) hosts a TV talk show called “Alice,” interviewing a variety of guests. In a prior episode, she spoke with Bette Porter (Jennifer Beals), a fictional character running for mayor of Los Angeles.

I’m a thespian. (Is that correct?) https://t.co/OMZtbPXJPb

In the Dec. 22 episode (Season 1, Episode 3), Alice welcomes “one of her gay heroes” who she calls “America’s gay sweetheart” Megan Rapinoe, who is of course playing herself.

The show really builds up the love America has for Rapinoe, an icon both on and off the pitch for her stand on social issues. One of the characters off the screen of the show, Sarah Finley (Jacqueline Toboni), says: “I gotta hug her; I gotta tell her I love her.”

Rapinoe’s appearance itself is a pretty candid interview about her personal coming out story plus some USWNT gossip. Interestingly, Megan said she outed her twin sister, Rachael, to their mom soon after Megan came out.

As for the soccer, Alice asked Megan what the gayest thing to happen in the USWNT locker room has been. Megan said besides her it’s gotta be the celebrations.

“Our celebrations are pretty gay,” Rapinoe said. “If you think about it, it’s champagne sprayed everywhere, everyone’s in their sports bra, everyone just jumping on each other.”

To which Alice responded: “Oh, so it’s like a lesbian fantasy.”

I love my girls. @USWNT pic.twitter.com/IPLS1nXTS7

Alice also asked Rapinoe if there have been any surprising hook-ups on the team, perhaps referring to some rumors that have long swirled around certain USWNT players.

“I don’t think they would call them mistakes, but there’s been some incidents,” Rapinoe said. “We’re not going to name names, but you know who you are.”

Rapinoe could’ve just mentioned USWNT teammates Ali Krieger and Ashlyn Harris, who got married on Saturday with Rapinoe in the wedding.

“The L Word: Generation Q” airs Sundays at 10 p.m. ET on Showtime, for those interested in checking out the show. It features many of the original characters plus a cast of newer, younger characters.