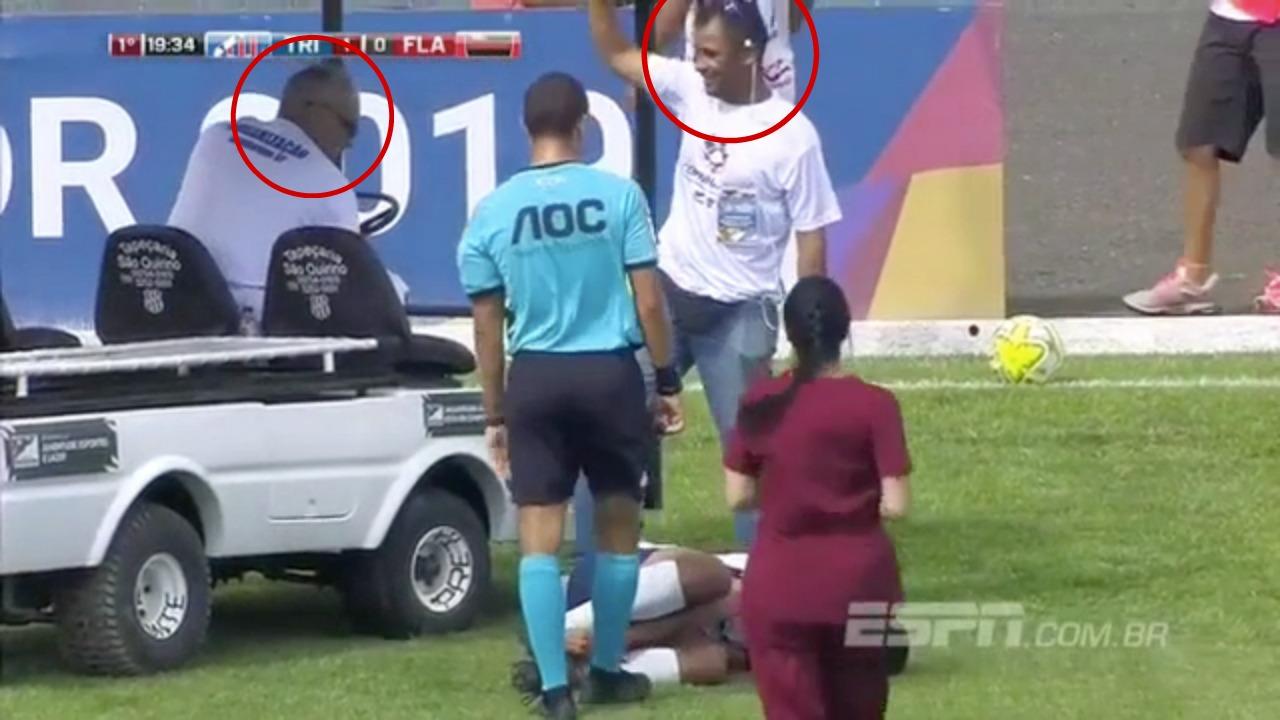 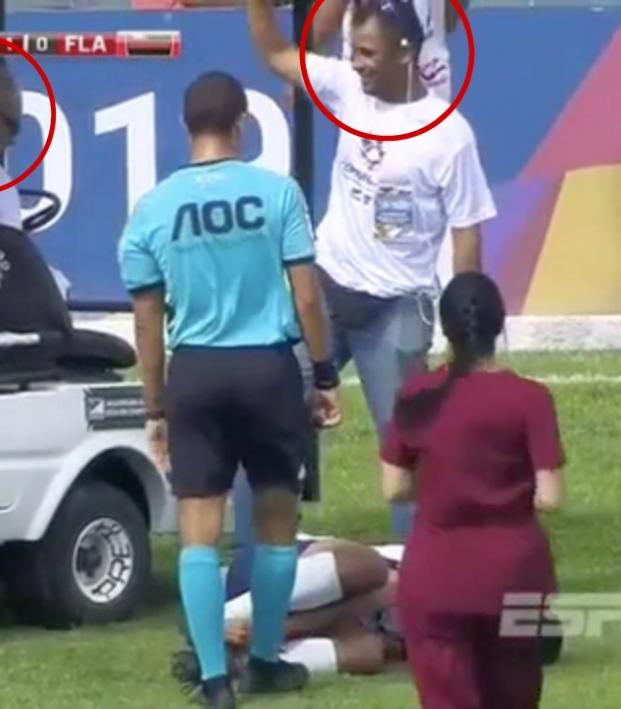 The Copa São Paulo de Futebol Júnior — a cup competition between Brazilian U-20 teams — was the scene of some more medical-team-on-footballer violence last Sunday, a growing plague on the world’s game.

Here we have Trindade’s Bernardo down in pain during the 20th minute of his side’s match against Flamengo. It looks like he’s grabbing the back of his left leg, so we’d surmise it’s a hamstring complaint, but then it quickly turns into an issue of the right foot, because the medical team has just run over that appendage with a cart, and it doesn’t just graze the tootsies — the wheel plows over the meat of his foot like Grave Digger delighting whoever the hell it is that attends monster truck jams.

This isn’t the first time that players have attempted to receive medical treatment, only to be laughed at by those learned men and women of science. Who can forget Greek warrior Leonardo Koutris being dropped to the ground not once or twice but thrice by the stretcher crew?

And what about this Kama Sutra-approved method?

Or when this overeager doctor slipped and two-footed his patient?

It’s a horror show out there. Don't ever seek medical attention, no matter how dire the situation. That's what I always say.