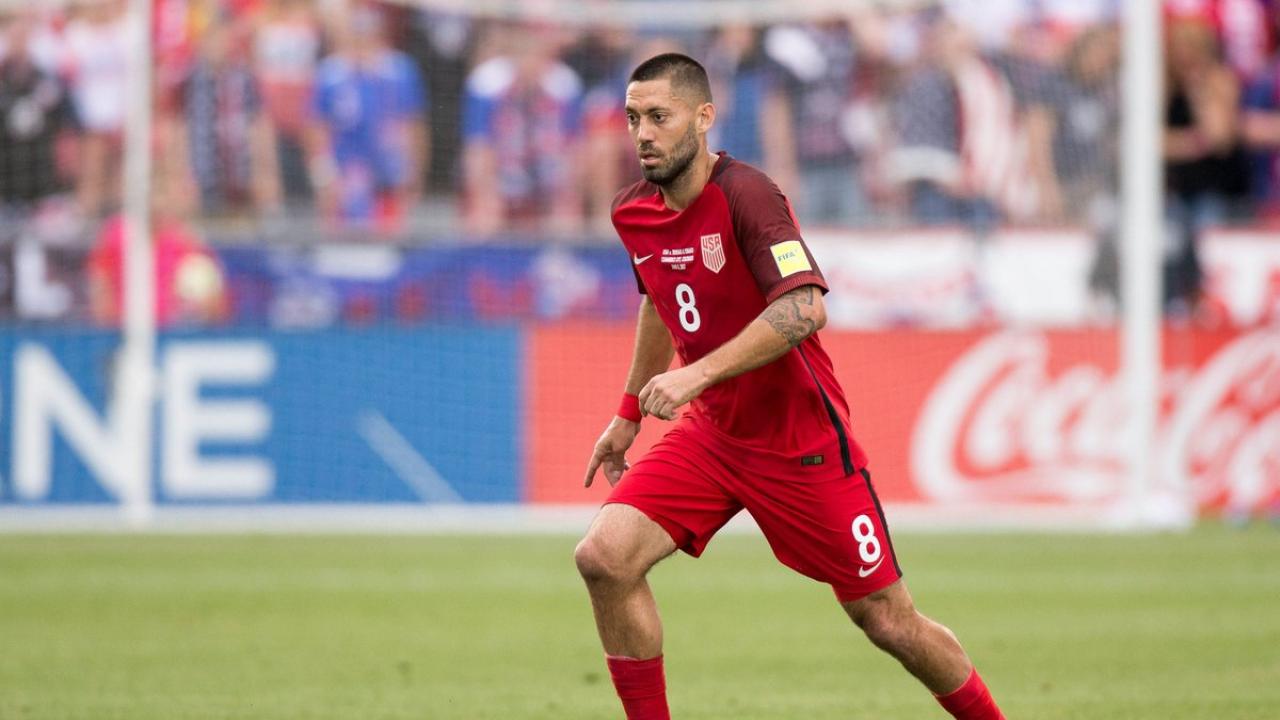 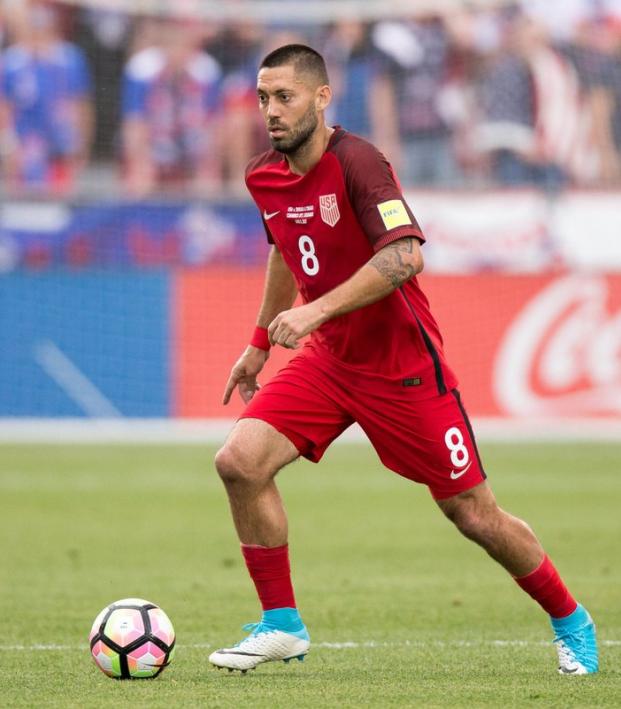 Clint Dempsey finished his international career as the United States' joint-leading scorer of all time. Both Dempsey and Landon Donovan reached 57 goals for the USMNT.

Dempsey scored against 29 different countries, with Honduras (seven) the most common recipient. Of his 57 goals, 18 came in World Cup qualifiers, with friendlies (16) and Gold Cups (13) also accounting for most of his goals. He had four World Cup goals (second all time) and three in Copa America and Confederations Cups.

Michael Bradley and Gyasi Zardes both assisted four Dempsey goals, tied for the most. Christian Pulisic provided three in his short stint alongside Dempsey with the national team. Dividing goals by body part, 33 came off his right foot, 12 on his left, 11 from his head and one “other” (see below 2014 vs. Portugal). Dempsey scored 22 goals in June, showing he was at his best during big tournaments when it matters most (or meaningless friendlies).

Impressively, only five of Dempsey’s USMNT goals came from the penalty spot. In comparison, Landon Donovan scored 15 of his 57 U.S. goals from the spot. (To be fair, Dempsey never came close to Donovan’s U.S. record of 58 assists.)

Without further ado, here is a ranking of Dempsey’s 10 best goals in the red, white and blue.

Far from his most impressive strike, Dempsey’s goal in the opener of the 2010 World Cup is a fan favorite for many reasons. First, it came against England, which thought it would just roll over the entire group, which also featured Slovenia and Algeria. Plus, it came on an absolute howler from England goalie Robert Green. Unless you’re English, it’s hard not to laugh every time you see it.

Dempsey had the ball in the middle of the pitch about 30 yards from goal when he spun Steven Gerrard around like a top to create a little space for a shot. The shot itself was nothing special, but Green for whatever reason allowed it to bounce off his hands and into the goal. The teams tied 1-1 but the U.S. ended up winning the group thanks to the greatest U.S. goal of all time, which came off a Dempsey shot saved into the path of Landon Donovan.

Coming into this match, the U.S. was all but buried at the 2009 Confederations Cup, with little chance of advancing. The Americans needed to beat Egypt 3-0 and hope Brazil beat Italy (the reigning world champion at the time) 3-0 in the other match. Against all odds, this goal gave the U.S. the 3-0 lead and Brazil somehow did its part to send the Americans through to the semifinals.

The goal itself was typical Dempsey, wanting it more than the defense. Jonathan Spector picked out Dempsey with a cross and Dempsey slammed a header past the Egyptian goalkeeper.

This goal illustrates why Dempsey is unique among Americans. Put in this situation, 99 percent of soccer players would blast a shot first time at goal.

Dempsey is different. He calmly slid the ball around the onrushing goalie and slotted it into an empty net. Watching on replay it seems simple enough, but to pull off the move with a goalie lunging at you is no simple feat.

This one could easily be described as a scrappy goal, but it came at a brilliant moment for the U.S. The Americans were clinging to a 1-0 lead over Spain (at the time the best team in the world after winning the 2008 Euros) in the semifinals of the Confederations Cup.

Landon Donovan sent in a cross that deflected off two Spanish defenders (Carles Puyol and Sergio Ramos, no less) and landed at the feet of Dempsey, who had already run past the ball but had the athleticism to quickly turn and fire for a 2-0 lead.

“It was the prototypical Deuce goal“and meant so much,” Donovan said.

The U.S. went on to win to reach the country's only final in a major tournament.

The only goal in one of the most memorable U.S. matches in the last 30 years came off the foot of Dempsey. Playing at Dick’s Sporting Goods Park in Commerce City, Colorado, this World Cup Qualifier was known more for the conditions on the pitch than the play upon it. Snow covered the field and fell throughout the match, creating a memorable snow-fro on Jermaine Jones and some awful conditions for soccer.

The lone goal of the match came in the 16th minute when Jozy Altidore’s shot was deflected to Dempsey, who had no problem sticking it into the back of the net.

Dempsey’s most recent World Cup goal was indicative of his desire to do whatever it takes to score. In the 81st minute of a 1-1 game with Portugal, Dempsey used his crotch stomach to push a Graham Zusi cross into the back of the net.

The goal wasn’t quite the winner we thought it was when Dempsey first scored because Portugal got a late equalizer, but it was enough (eventually) to get the U.S. into the knockout round.

When Dempsey scored this goal, visions of winning a major international tournament began dancing through the minds of U.S. fans everywhere. After stunning Spain in the semifinals, the Americans went up 1-0 within 10 minutes thanks to this Dempsey strike. Unfortunately for the U.S., Brazil eventually erased a 2-0 deficit to win 3-2.

For the goal, Jonathan Spector sent a speculative ball into the box that somehow found Dempsey, who somehow redirected it into the back of the net. It was essentially a goal out of nothing.

Dempsey’s first of four World Cup goals (only Landon Donovan has more with five), this goal pulled the U.S. even with Ghana at 1-1 in a must-win match for the Americans. While Ghana went on to win 2-1 after some questionable officiating, Dempsey started his streak of being the only American to score in three straight World Cups.

The goal itself was a beauty, although Damarcus Beasley deserves much of the credit. Beasley burst through the Ghanaian defensive line and curled an inch-perfect cross to the back post, where Dempsey volleyed home first time.

One of the more beautiful Dempsey goals helped the U.S. beat Germany in a friendly 4-3. While the game was technically meaningless, don’t tell that to Jurgen Klinsmann, the German-born coach who led the U.S. to the win.

For this goal, Dempsey used a simple cut-back to find space to launch a curling long-range effort into the far upper 90. The shot was perfect — made more impressive by the fact it came with his weaker left foot. It was a goal reminiscent of Lionel Messi, but even Messi would struggle to replicate a shot of this beauty with his off foot.

Dempsey scored two goals in the match, with this one putting the U.S. up 4-1 in the 64th minute.

In the end, it was an easy choice. In terms of both importance and quality, this goal is right at the top.

Less than a minute into the 2014 World Cup opener against Ghana, the team that knocked the U.S. out of the two prior World Cups, Dempsey pulled off an incredible individual goal on the way to a 2-1 win. The dream start set the tone for the U.S. in Brazil as the Americans found their way out of a tough group that included four heavyweights (Portugal and Germany included).

Dempsey starts by taking control of a pass with a clever step-over that’s more style than function. But as he makes his way into the box, he cuts inside past one defender and fires a left-footed strike into the bottom far corner.

The speed Dempsey maintained throughout the move left the Ghanaian defense stunned, especially coming 30 seconds after the opening kick. The composure Dempsey displayed once he was one-on-one with the goalie is a trademark of his career and a reason why he’s the greatest goal scorer in U.S. soccer history.