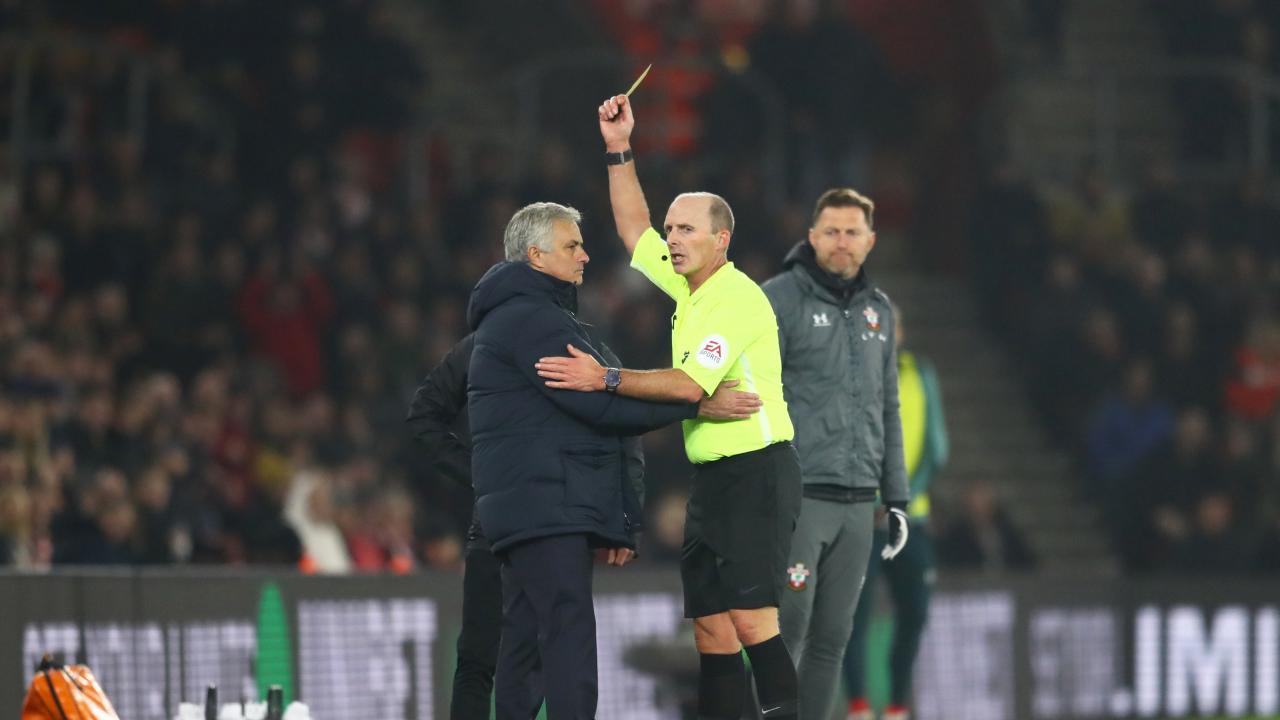 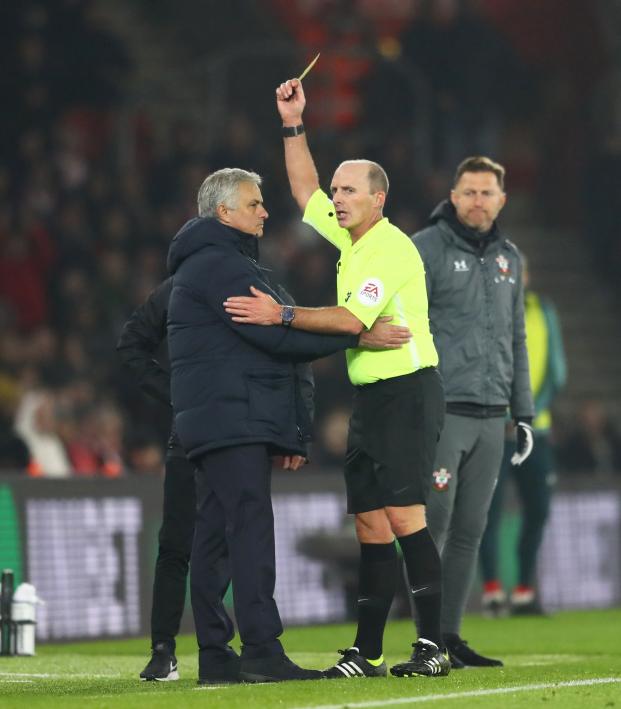 When his side slipped to a 1-0 defeat to Aston Villa in 2014, then-Chelsea manager Jose Mourinho produced one of the great memes of recent memory speaking in the mixed zone after the game. When pressed on the impact of two red cards produced by referee Chris Foy had on his side, Mourinho famously said "I prefer not to speak ... if I speak I am in big trouble, and I don't want to be in big trouble".

Despite that statement, he then went on somewhat of a lengthy tirade of carefully chosen words to complain about the lack of accountability faced by referees. Soccer fans across all fandoms have since used that preamble to point out hypocrisy not just in refereeing decisions but in several different aspects of the game.

Mourinho added to his list of memorable soundbites on Wednesday when, speaking to the press about the yellow card he received during Tottenham's 1-0 defeat to Southampton, he said: "I think the yellow card was fair because I was rude, but I was rude to an idiot." Mourinho was booked after appearing to look at Southampton coaches' tactics following an argument with goalkeeping coach Andrew Sparks over time-wasting.

Jose Mourinho delivering what is surely the current football line of the decade.

"I deserved the yellow card, because I was rude. But I was rude to an idiot." pic.twitter.com/bXYY4q2qgx

Feeling aggrieved that his team did not recieve a penalty for a foul on Dele Alli, the Tottenham boss proceeded to hit out at the impact on the game of VAR, saying: "For me the referees are not the referees. I think the VAR should change their name because Video Assistant Referee is not true. It should be VR — Video Referee — because they are the referees. ... The direction it is taking us in is really, really wrong."

Mourinho is certainly not alone in his veiws on the impact of the new technology, but soccer fans everywhere are nonetheless grateful for his latest meme-able rant.