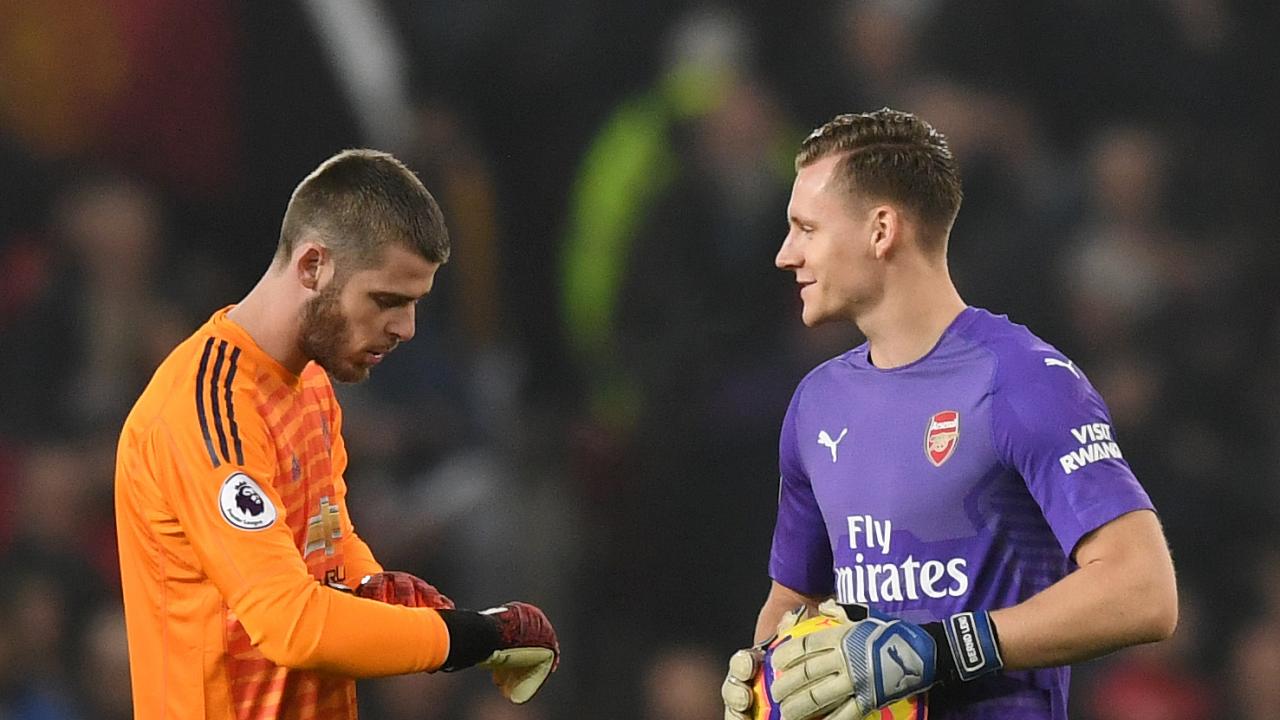 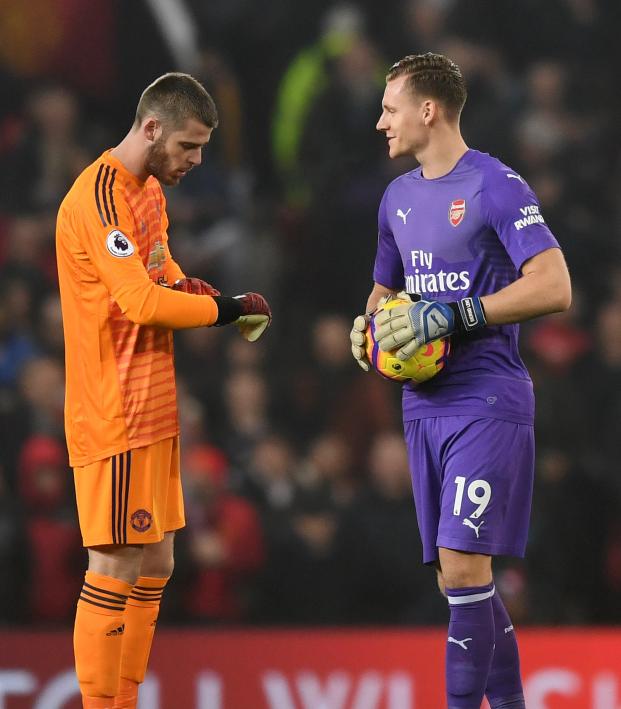 Life as a goalkeeper is difficult. A keeper can make nine fantastic saves in row, but if the 10th goes in they receive all of the blame.

Stats like goals against or saves made have been used haphazardly to evaluate goalkeepers for years, but they fail to paint the whole picture. For instance, if a goalkeeper plays behind a good defense they will be expected to allow fewer goals. Conversely, if the opposing striker keeps hitting top-corner screamers, the goalkeeper allows more goals that they can do little to prevent.

Here is where a great stat called Expected Save Percentage comes into play. This stat calculates the difficulty of the shots a goalkeeper faces, based on variables such as shot placement, velocity and distance (among others), to determine the likelihood that an average goalkeeper will save that shot. This calculation is then applied to every shot a keeper has faced over the course of the season.

How have the #PremierLeague GKs performed against what would be expected if an avg GK faced the same shots they did?

In this visual showing Expected Save Percentage for the 19-20 Premier League season, the better the goalkeeper, the higher he is on the graphic.

I now present the definitive ranking of the 20 best current starting goalkeepers (and the three backups with the most minutes) in the Premier League.

Gunn began the year as the Saints' starter but was benched after their infamous 9-0 loss to Leicester and hasn't seen the field since.

A backup who saw action due to injury, Adrian failed to impress with the Reds, frequently demonstrating poor positioning and mediocre decision-making.

Shoddy shot-stopping and a complete inability to stop one-on-ones have made the $88 million Spaniard's first two years in London a nightmare.

#Kepa is currently on a save%-Expected save% of -5.8% (so every 100 shots he concedes around 6 more than an average top flight shot stopper).

So far in his career he has never had an average shot stopping season. pic.twitter.com/Vuh9bP6fOV

The young Englishman shows massive promise but has been wildly inconsistent in his two seasons with Everton and has been subject to frequent criticism.

The Argentinian played well this year in his 17 starts after Lloris' injury and has proven himself as a solid backup.

Patricio is one of many big-name Portuguese players purchased prior to Wolves' return to the Premier League in 2018. He ranks ninth in goals conceded per game but has actually been below average in terms of meeting his expected save percentage.

Heaton is good goalkeeper holding his own behind a defective defense. He has performed as expected but has received little help.

Ramsdale is another young English goalkeeper but unlike Pickford has found success in his first EPL season.

Coming off a superb season in 17-18, Pope missed all of last year with a shoulder injury. Pope acutally leads the EPL with 11 clean sheets but is underperforming in terms of expected save percentage (another reason not to trust basic goalkeeping stats).

McCarthy has been the unluckiest keeper in the league this season. After a rough 18-19 campaign, he has well-exceeded his expected save percentage this year but has also faced by far the most difficult shots of any EPL goalkeeper.

According to teammate Troy Deeney, "the guy eats shit, trains twice a week, turns up on a Saturday and is fucking unbelievable." The stats agree with him as the 37-year-old (and 11-year EPL vet) has been above average between the posts for the Hornets.

Another keeper coming off a fantastic campaign, the Polish international has just been average in his second season with the Hammers.

Despite playing behind an inexperienced backline and the EPL's last-place team, Krul has actually exceeded his expected save percentage this year. The wily vet is an expert penalty-saver as well.

Ryan has been a solid goalkeeper during his three Premier League seasons, helping a low-scoring Brighton side stave off two relegation scares already (and possibly a third this year).

The Slovakian shot stopper has been impressive since joining from Sparta Prague for just $4.4 million in 2018. He is currently enjoying a borderline elite year despite facing the most shots on target in the EPL this season.

The Blades boast the second-best goal-conceding record in the EPL in large part due to their young English shot stopper. The only reason Henderson isn't ranked higher is his inexperience in the Premier League.

A fantastic keeper playing for an underrated London club, Guaita's play in goal has propelled Palace to 11th in the EPL despite the team's miserable goal-scoring record (second worst in the league). He only trails Hugo Lloris and Allison this year in terms of outperforming expected save percentage.

A stalwart in Leicester's goal, Schmeichel frequently captains the Foxes and is a key reason they have allowed just 28 goals in 29 matches. After an average 18-19 season, the Dane is again showing his quality from Leicester's 15-16 title-winning season.

Known for his astonishing saves, de Gea has cooled off a bit after his scintillating 17-18 season, slightly underperforming this season in terms of expected goals conceded. Between 2015 and 2018 he was named to the EPL Team of the Year an astounding four years in a row, but last year he recorded the fewest number of clean sheets in his EPL career. While still a top keeper, de Gea's errors are starting to outshine his acrobatics.

Every single year he’s performed above average, who knew he was a top shot stopper? (this year he’s a tiny bit below).

2017/2018 was indeed his best ever season with a save% 8.3% higher than would be expected for an average GK! pic.twitter.com/FTbhoQOgs3

The German has quietly been outstanding in the Gunners' goal, outperforming his expected save percentage in both his Premier League seasons while playing behind a leaky Arsenal defense.

Lloris has faced harsh criticism at times for his errors in goal, but the World Cup-winning Frenchman has established himself amongst the EPL's elite, greatly outperforming his expected save percentage each of the last two years.

Great article by @ghostgoal on #Lloris & how people only see his errors.

Here is #Lloris’ career shot stopping performance relative to what would be expected if an avg top flight GK faced the same shots.#Lloris consistently saves more goals than he should!#WorldClass #THFC https://t.co/xqGEQmVqnu pic.twitter.com/npZ9q6cS7N

Brazil's No. 2 has been an EPL star since joining from Benfica three years ago, conceding less than a goal per game each season. He is known for his inch-perfect distribution, and his athleticism allows him to regularly pull off top-bin saves. Though not quite as infallible this year, his performances in Man City's title-winning campaigns of 17-18 and 18-19 show why he is one of the world's best.

The sure-handed Brazilian has consistently been a phenomenal shot stopper during his two seasons in the Premier League. His decision making and sweeping abilities allow Liverpool to play the high-pressing defense it thrives on. He makes every save look simple because he is always in the correct position and times his dives perfectly. Alisson is the gold standard of modern goalkeeping.