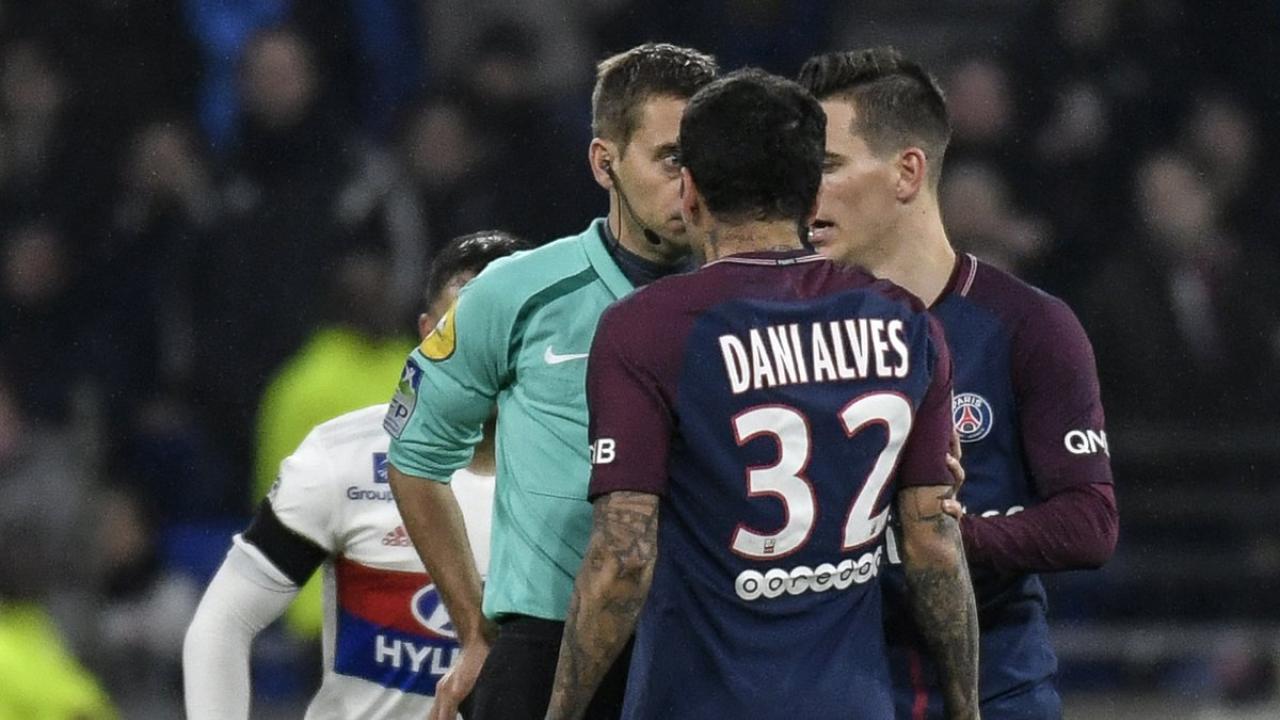 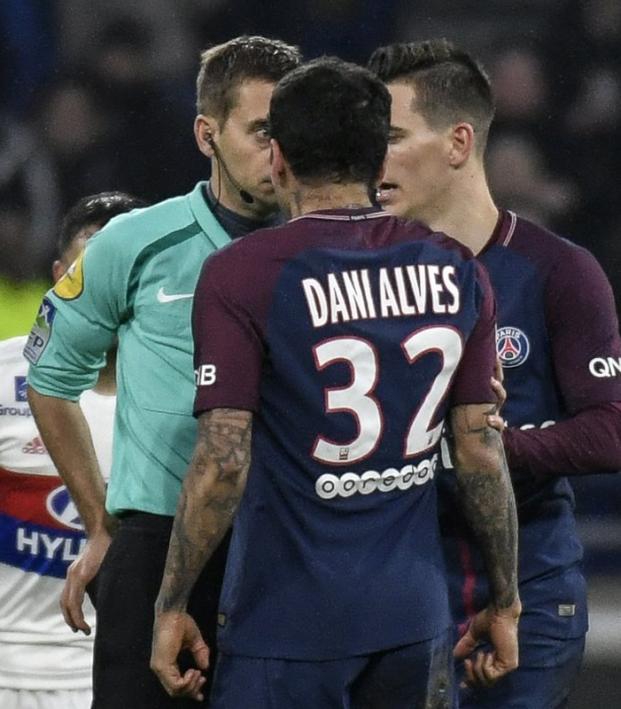 Many people do not care for Paris Saint-Germain. Yes, Neymar, Edinson Cavani and Kylian Mbappe are three of the most enjoyable footballers to watch on the planet, but together, the whole sum of PSG can aggravate with how much it insists upon itself.

This began with the hubris of players discussing their insurmountable 4-0 first leg advantage over Barcelona last season, and it’s continued in things like the Team Cavani vs. Team Neymar spat and Neymar celebrating a spot kick by dancing with a shoe on his head.

What in the world is Neymar doing? pic.twitter.com/WUxWfrbhlG

They are a curious celebrity vehicle at this point. Neymar has already been in Paris for nearly six months, but it says everything that the main sporting tension following the record transfer has been entirely internal.

On Sunday, PSG were defeated 2-1 by Lyon with Dani Alves seeing the sort of red card that makes you question this entire Parisian enterprise — it was heinously stupid, entirely avoidable and smacked of brazen arrogance.

Alves was given a straight red in the 57th minute for committing what was initially a yellow card offense, but the Brazilian international then squared up to the referee, effectively securing his own marching orders.

PSG then saw their lead at the top of the table cut to eight points after Memphis Depay hit a screamer at the death.

Like Alves, PSG presumably aren’t that bothered. The defeat comes with the added caveat that Neymar missed out entirely with a thigh complaint. His various absences are now adding up in league play, but the 25-year-old obviously wasn’t added to help the club win Ligue 1.

And so predicting next month’s Champions League Round of 16 tie between Real Madrid and PSG has become an impossible exercise. Five days ago, PSG were certain favorites: Real manager Zinedine Zidane was experiencing his first crisis as manager following a 0-1 home defeat to Villarreal, and PSG were flexing their domestic muscle in a 8-0 hammering of Dijon FCO.

Following this weekend’s action, the tag of favorites has almost certainly returned to the back-to-back world champions. On Sunday, Real hammered Deportivo 7-1 with both Gareth Bale and Cristiano Ronaldo scoring braces.

We definitely learned more about Real this weekend, although the wisdom gathered is fairly obvious. Real need Bale to stay healthy. He’s been the club’s best player this season when fit, but the calf and hamstring issues are ever-present.

For PSG, we should just stop pretending like we know anything. Either they’ll defeat Real 10-2 on aggregate or suffer the reverse. Whatever happens, there’s going to be an excess of it. It’s going to be shameless, because PSG insist on that.