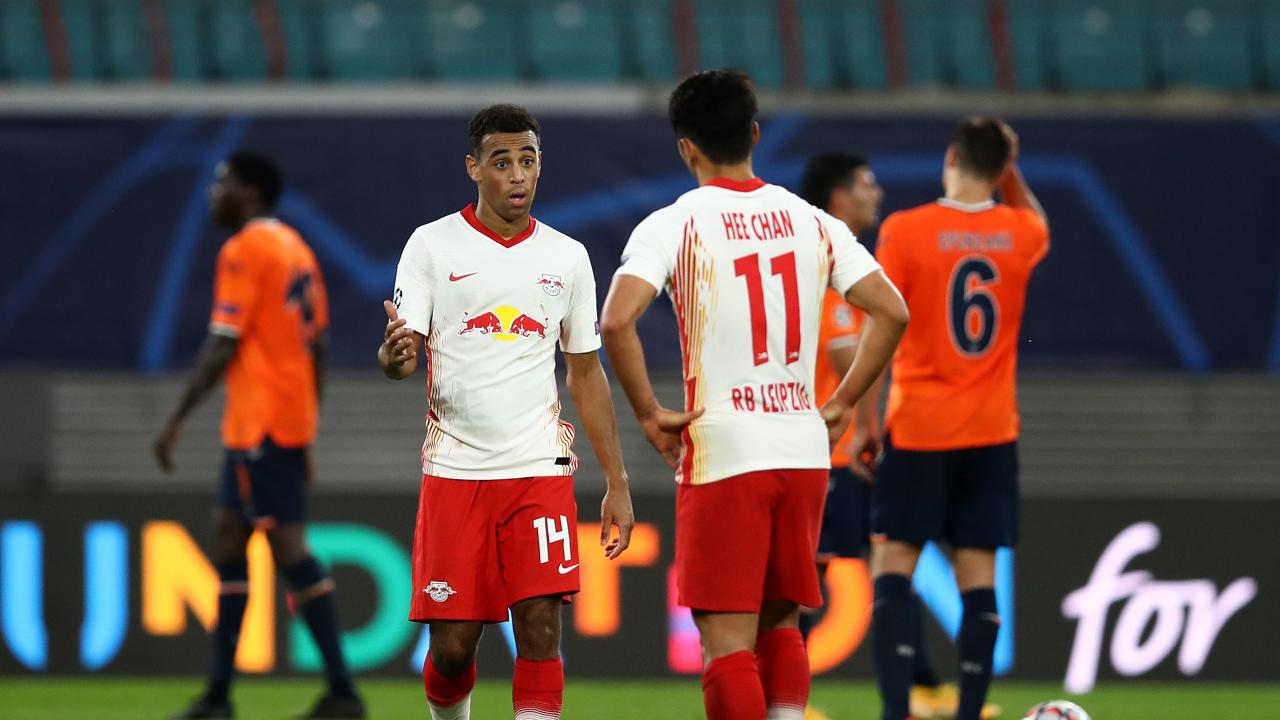 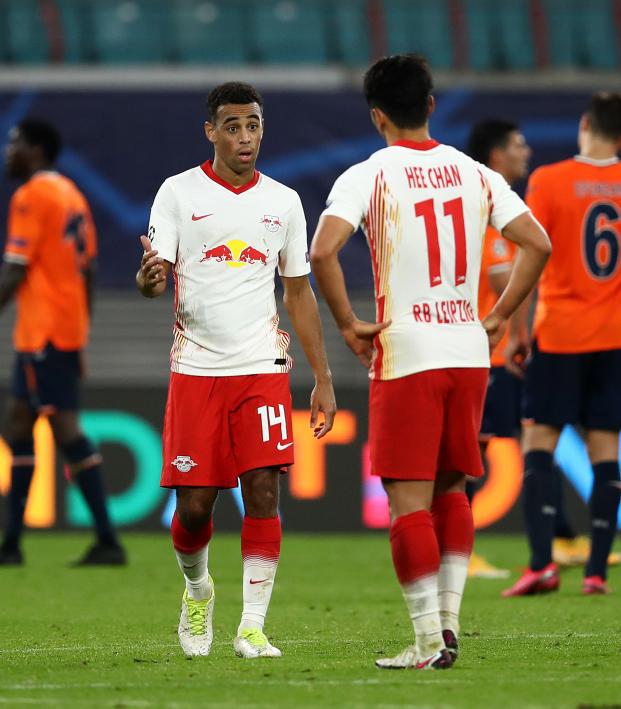 I’ve been watching the Champions League on U.S. television for more than 20 years and I’ve never seen anything quite like what CBS put on display on Tuesday, the first match day of the 2020-21 campaign. I’m not sure if that’s a good thing or a bad thing. One thing’s for sure: CBS tried to steal one of Univision’s best ideas and it might prove to be an inspired decision in the long run at the risk of alienating the most hardcore fans.

CBS made some questionable decisions in its coverage of the final rounds of the 2019-20 season, having taken over for Turner Sports during the Champions League’s Covid-induced hiatus. It put together a great team of talent but then hid them away behind the pay wall of CBS All Access.

CBS coverage of the new season promised to be different. With the broadcaster able to fully prepare for the new campaign, would the network show games on TV or just try to suck more money out of soccer fans just like Peacock, ESPN+ and the failed B/R Live?

The answer, as it turns out, is yes — but with a slight aftertaste of no.

As we described here, CBS is not airing any full Champions League matches during the group stage. Not on CBS. Not on CBS Sports Network. If you want to watch a match from start to finish (in English), your only option is CBS All Access.

What CBS is doing is airing a “Golazo Show” on CBS Sports Network, providing whip-around coverage of all the action at once, bouncing around from match to match.

Unfortunately, the whole day got off to a real shit start because CBS Sports Network didn’t show any of the two early matches in the day. That included ignoring Juventus, one of Europe’s premier clubs.

Apparently, the Jim Rome Show was deemed more important than the Old Lady, with Juventus only available on CBS All Access — kind of.

Many folks had issues finding the link to watch the Juventus-Dynamo Kiev match.

Juve match not working! First match of the season and already screwing up...

Still no Juventus link. Charging money for this piece of shit broken app is bullshit.

Not a good start.

Those who could watch the match nearly missed the opening goal of the 2020-21 Champions League season. Juventus broke the deadlock less than a minute into the second half, but the CBS All Access feed was showing commercials 45 seconds into the second half. Viewers only saw the tail end of the play that resulted in the goal.

We have the first goal of the Champions League!

As the two early matches were in the closing 20 minutes, CBS Sports Network finally came on air with some Champions League coverage on American TVs. The channel showed a “Golazo Show! Warmup” program that was pretty disappointing.

This pregame show mostly ignored the matches that were going on simultaneously to preview the upcoming matches, which is an odd choice. The show went to commercial just as the two early games were reaching their climaxes, which means there was no coverage on TV of Club Brugge’s incredible late winner.

In fact, the best moment of the day was late in Club Brugge match, but CBSSN mostly ignored it. Despite focusing on other Americans around the Champions League, the anchors ignored how Brugge players rallied around Ethan Horvath. The American gave up a freak own goal but was redeemed by a late winner, with his teammates all showing their love and support for their goalkeeper. (After all the matches were over, CBS Sports Network showed that footage, with Horvath in tears, but failed to mention what exactly was going on.)

When the second round of matches kicked off — six in all — CBS had further issues with viewers unable to watch the games they wanted to watch, and we’re not just talking about the fact none were on TV.

Even those who pay for CBS All Access couldn’t access the games they wanted. At kickoff, I found that three of the six match links were dead while a fourth showed the wrong game. The Chelsea- Sevilla link went to the Krasnodar-Rennes match while the Barcelona-Ferencvaros, Dortmund-Lazio and Krasnodar-Rennes links went nowhere. What the actual fuck, CBS?

Chelsea link is showing Rennes and Rennes is showing the Chelsea game. Confusing......

Your app isn’t working. I’m trying to watch Chelsea and it keeps putting on the wrong game.

Eventually, the links were fixed and All Access subscribers could watch the match they wanted, but by that point most had either switched to Univision’s family of networks or just turned to what was on CBS Sports Network.

Once the Golazo Show did kick off, I have to admit I quite enjoyed the whip-around coverage. CBS lucked out that the first day was full of action, with 17 goals in six matches.

The producers did a great job finding the action. After a (very) slow start, host Nico Cantor (who last year hosted Univision’s “Zona Futbol,” the predecessor to “The Golazo Show”) began to grow into his role. Highlights showed plenty of buildup before goals or chances and not every dramatic shift of channel was to show a goal, so you didn’t assume every shot would go in. The show highlighted Americans when it could, even switching to show an ill-fated backheel in the box from Gio Reyna — and of course his lovely assist to Erling Haaland.

The assist. The finish

Gio Reyna finds Erling Haaland to put the @BlackYellow back in it! pic.twitter.com/I19oV1Kh7W

(As an aside, I’m shocked at how pedestrian the @UCLonCBSSports Twitter feed is. It’s like a boring 55-year-old man with no soccer knowledge is posting these highlights. Where’s the fun, where’s the spark, where’s the social media presence that the Champions League deserves?)

I would’ve loved for the scores on the side and the info bar on the bottom to have been smaller, but it was nice to see all the scores at once. I fear, however, that given how big the bottom bar is that it will become covered in ads before the end of the season.

Can we not make the game action a larger part of the screen? Screenshot: CBS Sports Network

Alas, my biggest complaint about the Golazo Show — aside from the fact CBS wants to force fans to pay to watch full 90-minute matches — was that it ended too early.

Why pay for such an excellent cast of analysts — folks like Roberto Martinez, Alex Scott, Jamie Carragher and Peter Schmeichel all hosted by Kate Adbo — but only show them on CBS All Access? It’s insulting to soccer fans in America, many of whom will just watch on Univision’s family of channels, because Univision actually gives a fuck about soccer fans.

It will be interesting to see how CBS’s Champions League coverage progresses through the season. I really hope CBS changes its mind and puts more on CBS Sports Network — it’s insulting to air a talk show instead of the biggest annual competition in the world as it did for the early matches on Tuesday. And I’d love to see the postgame show — which is worth watching — aired on CBSSN instead of a random sports talk show.

Finally, it’ll be interesting to see how fans take to this CBS Champions League coverage. I think many casual fans will love the whip-around coverage, but then again Tuesday was the perfect combination of goals and action to keep things interesting for the full 90 minutes. More hardcore fans will be dismayed by the fact they have to pay if they want to watch their favorite team from start to finish.