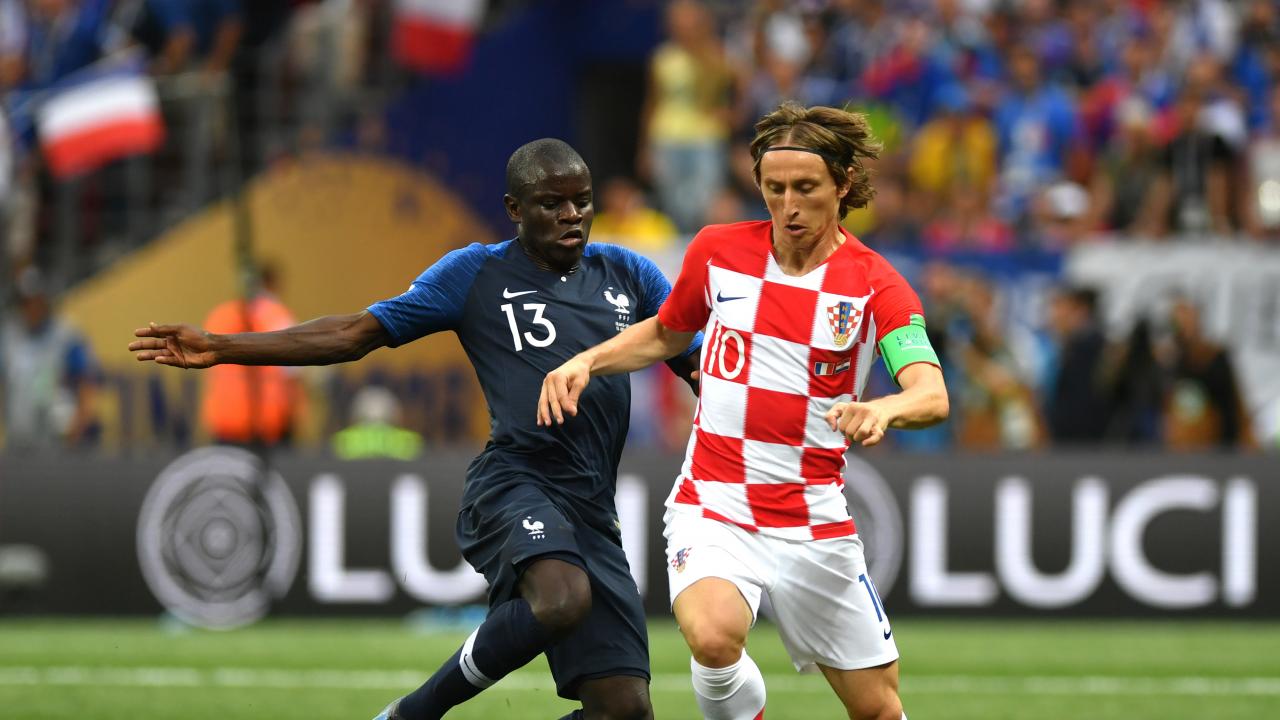 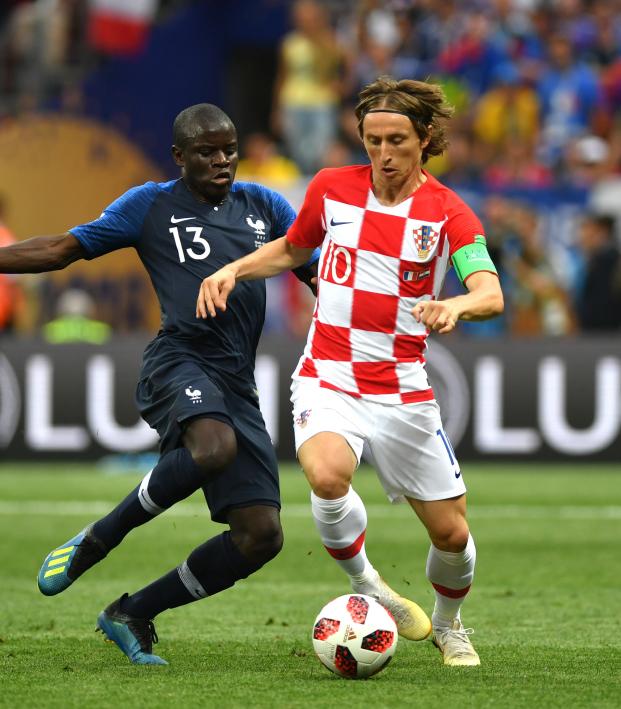 The forwards and strikers of the world receive almost all the glory in the beautiful game. Soccer fans rave and rant about Cristiano Ronaldo, Lionel Messi, Neymar, Kylian Mbappé and other star forwards. This time around, the midfielders shall receive some love — somebody has to get the ball to those forwards and still help in defense. This list ranks the best midfielders in soccer as of right now in the men's game.

Sergio Busquets is the last man standing at Barcelona among the unbelievable Spanish midfield trio that also had Xavi and Andrés Iniesta. Busquets is widely thought of as one of the best defensive midfielders of his time. He may be in his 30s now and no longer have his partners in crime, but Barcelona’s second in command is still a genius on the field.

Thomas Müller is an odd hybrid between a midfielder and forward. In the past he has said on record that he doesn’t enjoy being classified as a striker and doesn’t view himself as one. For the sake of this list he will considered a midfielder and a deadly one too. Müller has it all when it comes to a German’s idea of success. He has been with his boyhood club Bayern Munich for over a decade and has racked up nine Bundesliga titles, six DFB-Pokals, a UEFA Champions League trophy and lifted the World Cup. He isn’t the fastest or strongest player on the field, but his positioning and vision make him a nightmare for opposition.

Another player who has been with the same team for nearly a decade, David Silva has played a key role in Manchester City’s success in recent years. The current City captain has four Premier League titles to his name along with a World Cup title. Even at the age of 33 Silva is still a top contributor in the Premier League, nearing double digits for assists in the 2019-20 season.

In 2019 someone could have said the name Bruno Fernandes and no one would bat an eye or know him too well, let alone think of him as one of the best midfielders in soccer. The Portuguese star has exploded on the scene for Manchester United since his signing in January. In June, Fernandes was named the most valuable midfielder in the world and he hasn’t let his foot off the gas for the Red Devils. He has earned back-to-back Premier League Player of the Month awards and continues to impress.

One of Liverpool’s relatively unsung heroes, Fabinho plays a crucial role in the Premier League champion’s system. His ability to disrupt the other team’s midfield and role as a defensive midfielder is superb. While his defensive work as a midfielder receives high claim, he can still surprise opponents with his cannon of a shot.

The youngest player on this list of best midfielders in soccer, Frenkie de Jong has the potential to be one of the best midfielders of all time. The 23-year-old lit up one of the largest stages in soccer during Ajax’s incredible 2018-19 Champions League run. His skill as a playmaker and versatility caught the eye and money of Barcelona as the Spanish giant signed him for $85.5 million. Something that makes de Jong unique is his comfort on the ball and ability to get past players no matter where he is on the field.

Real Madrid’s midfield is a living cheat code with the amount of talent and skill in the ranks. Toni Kroos has been a key element to the midfield for several years now. The German’s precision passing no matter the distance earns him remarks as a top-class central midfielder. He also has an “X Factor” with his free-kick abilities. You can ask Sweden all about it.

N’Golo Kanté is one of the kindest and wholesome players to ever play the game. On top of that he is the absolute definition of a workhorse. Kanté seems to run on an endless engine and is one of the best defensive midfielders in the world. He wins nearly every 50-50 ball that comes his way and every now and again surprises everyone with a goal. The Frenchman played a huge role in Leicester City’s improbable Premier League-winning season and helped France lift the World Cup in 2018.

The only player on this list of best midfielders in soccer to win the Ballon d’Or, Luka Modrić is a top midfielder for club and country. Even at the age of 34 he deservedly wears Real Madrid’s No. 10 jersey and has been a key part along with Kroos in the midfield. His dribbling and skill to get around players provide plenty of problems for opposing teams. The “Little Wizard” only has a few years left in his career, but soccer fans will fondly remember the masterful Croatian.

Let’s be honest, you already knew who No. 1 was before getting this far down the article. De Bruyne is the most complete midfielder in the game. His passing? Deadly. Shooting? Lethal. Crossing? Precise. Tackling? Virulent. Free kicks? Inconceivable.

De Bruyne is king of the midfielders for now. He comfortably leads the Premier League with nearly 20 assists and is simply unstoppable. Who will take the 29-year-old’s place in the coming years remains a mystery.