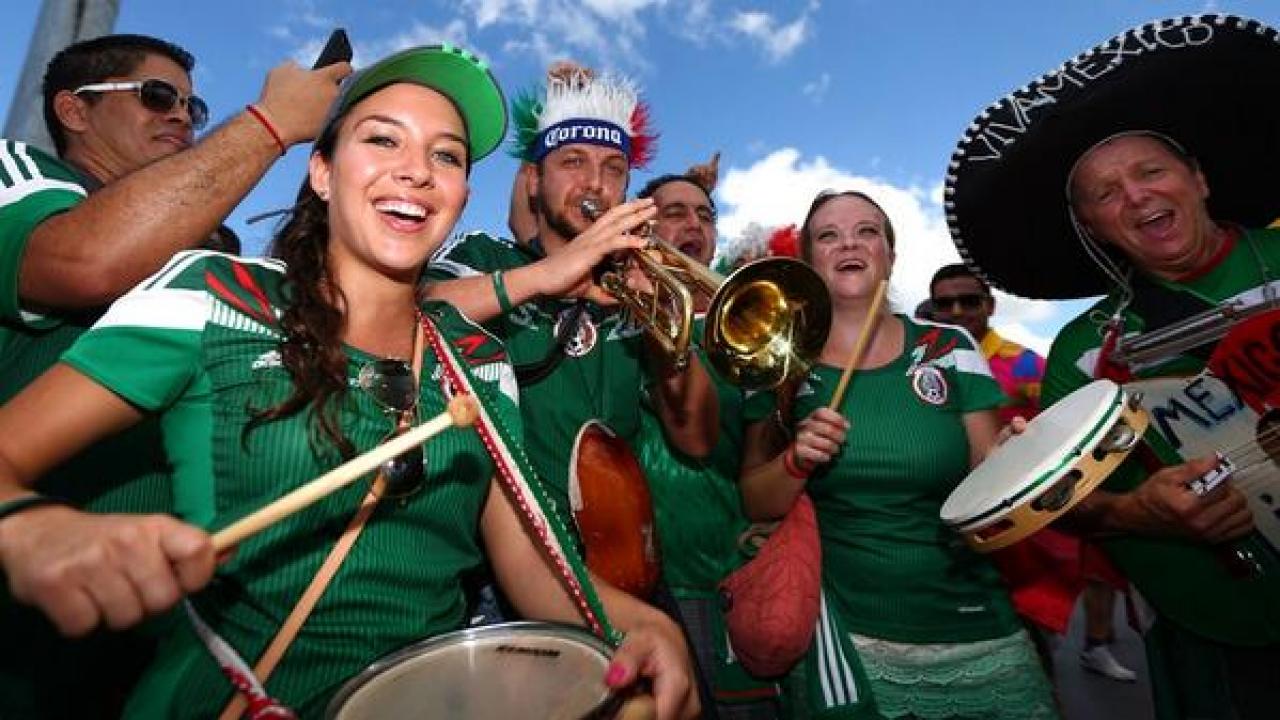 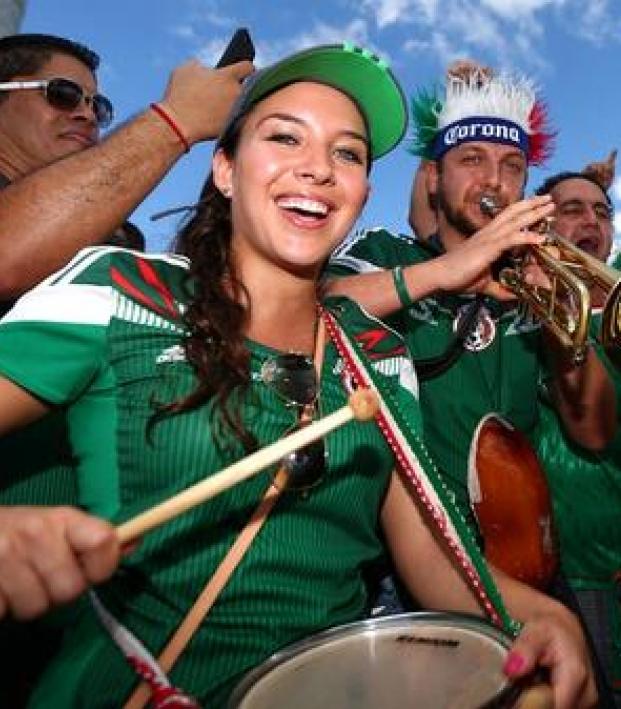 The Best (And Worst) Soccer Fans

With the Russia World Cup less than a year away, we here at The18 asked ourselves who are the best (and worst) fans in the world.

We’ve compiled a list below of superlatives to break down what makes each country’s fans unique, for better or worse.

Note: We limited results to nations that are or have been regular World Cup qualifiers. Scroll to the bottom for the best and worst fans.

Most likely to be heartbroken: England.

The English put way too much effort into football for too few results. While most England fans have learned to expect failure, the Three Lions excel in it. Honorable mention: The Netherlands.

Fans you don’t want to pick a fight with: Russia.

Ultras in Russia will get together just to have a street melee — in the offseason. Honorable mention: Any of the former Yugoslavian nations.

Most likely to talk about previous success: Spain.

Why aren't we winning every year anymore? Photo: @jealousay | Twitter

The Socceroos know their team doesn’t have a chance to win it all, but they still heartily support their team. Plus, who doesn’t love a good kangaroo-soccer pun? Honorable mention: Iceland.

Most likely to have the stadium WiFi password memorized: South Korea.

Sure there’s a soccer game going on, but who cares if you haven’t posted selfies to social media yet? Honorable mention: Japan.

Most likely to be drunk six hours before the match: Ireland.

To be fair, you kind of have to be drunk to enjoy an Ireland match. Honorable mention: Despite the low quality of beer available, anyone in the British Isles.

Most likely to have obscene outbursts of anger: Turkey.

Just look at what this guy did when his wife pranked him by turning off the TV during a Euro 2016 match. Honorable mention: England.

Why let extra clothing get in your way of a good time at a soccer match? Honorable mention: Colombia.

Fans of El Tri are passionate and numerous, both in Mexico and the United States. Unfortunately, there are many in America (think: Donald Trump supporters) who despise Mexican-Americans who root for Mexico over the one in which they live and work. It doesn’t help when the fans are constantly getting in trouble over homophobic chants. Points for chants of Olé, unless you’re on the receiving end of them. Honorable mention: Russia, any former Yugoslavian nation.

Best fans to sit down and have a beer with: Germany.

First of all, who can resist a delicious German brew in a biergarten on a nice sunny day? Throw in some German soccer fans, who will probably be in a good mood because their team always wins, and you’ve got the right recipe for a perfect evening. Honorable mention: South Korea, Netherlands.

Most likely to clean up after themselves following a match: Japan.

Yes, they actually do this. Honorable mention: No one else. No one else would do this, especially after a loss.

Most likely to cause blindness: Netherlands.

My eyes! The goggles do nothing!. Photo: @leonzandman | Twitter

The Dutch love their football. They also love their orange — and I’m not talking orange slices at halftime. Sunglasses are required when the Netherlands play as their fans will be decked out in bright orange gear. It’s not quite Oregon/Baylor bad, but it’s close. Honorable mention: Sweden.

Most likely to spit on the person in front of them while screaming expletives at their underperforming team: Scotland.

You may have your freedom, just leave your saliva to yourselves. Photo: @RonnieM81 | Twitter

And with nasty haggis breath too. Honorable mention: England, Ireland.

Unfortunately, not quite up to par with the dance of the players on the pitch or Shakira. Honorable mention: Brazil, any African nation.

I believe that we will have a greater GDP than you! Photo: @YahooSports | Twitter

More American fans attended matches at the last World Cup than any other country outside the host nation. You could argue this is a matter of demographics (the U.S. has one of the largest populations of teams competing) or some could consider it proof that America is finally becoming a soccer country. But it’s probably just a matter of GDP, with more Americans making enough money to be able to afford FIFA’s highly priced games. Honorable mention: Germany, Australia.

Most likely to win over neutrals: Iceland.

It’s easy to root for the underdog and Iceland gained a lot of fans with its viking chant and run through the 2016 Euros. There are 64 cities in America with a larger population than Iceland (300,000). I shudder to think what kind of national team Saint Paul, Minnesota, (population ~300,000) would put out. Honorable mention: Australia, any African nation.

Most desperate for a return to success: Hungary.

The Mighty Magyars used to be one of the strongest sides in the world, once humbling England 6-3 at Wembley Stadium and 7-1 in Budapest in the early 1950s. Now their fans are getting reimbursed for attending matches Hungary lost to Andorra. In other news, Andorra has a soccer team. Honorable mention: Bulgaria, Romania.

Most likely to justify crazy behavior from their players: Uruguay.

Can you believe the way that Italian attacked Suarez's mouth with his shoulder? Photo: @WeTweetSport | Twitter

It’s kind of a necessity when Luis Suarez plays for your team. Honorable mention: Italy.

Most likely to be way too cheerful: Ghana.

We hate to lump all of Africa in here again, but really all African fans are typically super upbeat and positive when watching their teams at the World Cup. Honorable mention: Japan.

Enjoy it while it lasts, buddy. Photo: @sportsappsfans | Twitter

It’s temping to put the U.S. at the No. 1 spot given the amount of drop off in World Cup interest once Team USA is knocked out, but we Americans are getting better. Every 50 years or so Portugal gets a massive star that propels the Iberian nation into a soccer frenzy. First Eusebio, now Cristiano Ronaldo. Enjoy the next 50 years after Ronaldo retires. Honorable mention: United States.

Most likely to be arrested if they don’t cheer loudly enough: North Korea.

Kim Jong Il is likely to throw his citizens into an internment camp for not showing the proper levels of joy or despair based on the team’s results. Honorable mention: Bulgaria.

Paris is the fashion capital of the world. Honorable mention: Italy.

Not sure if they're watching soccer or cheering for cheese. Photo: @beINSPORTS | Twitter

Fans most likely to show way too much affection to fellow fans after a goal: Italy.

If you’re a fan of heterosexual male touching, Italy is your team. Honorable mention: France.

We've only won how many World Cups? Photo: @geoponics | Twitter

Brazilians expect their teams to not only win, but to do it in style. Honorable mention: Spain, England.

The Dutch could learn a thing or two about eye-pleasing colors. Photo: @rickeyre | Twitter

La Albiceleste fans are always deck out in white and light blue, a tone easier on the eyes than Sweden’s yellow, Holland’s orange or Ivory Coast’s neon. Honorable mention: Spain.

My shirt was eaten by my chest hair. Photo: @VICESportsAU | Twitter

Let’s all drink some ouzo and not shave for a month in honor of these Greek gods. Honorable mention: Bulgaria.

Most likely to spill beer on you, apologize, then do it again: Canada.

Canadians are known for their niceties, not so much for their agility or dexterity, hence why they've only qualified for one World Cup, in 1986. Honorable mention: Australia.

Croatian fans threw flares on the pitch, while they were winning. Photo: @samcmlaird | Twitter

It’s hard to pick who the worst is between Serbia, Bosnia and Croatia. All have had awful moments that deserve condemnation. Serbia had a recent World Cup qualifier abandoned when a drone carrying a political banner landed on the pitch. At the 2016 Euros, a Croatia match was delayed when their fans threw flares on the pitch.

Bosnian fans shouted during a moment of silence following the Paris attacks in 2015. Even worse, they rioted in front of the Israeli national team’s hotel and chanted things like “Kill, kill the Jews.” We're not saying all fans from these countries are horrible people, but c'mon guys, get your act together.

Brazil is our choice for the top soccer fans. Photo: @footballgirls_5 | Twitter

Brazilians love their soccer, of this there is no doubt. While things can get a little crazy at the club level, for international matches few can match the color, joy and vibrancy of Brazilian fans — or their udder despair when they lose 7-1. And the best part is, their team usually follows their lead. Honorable mention: Mexico, England, Italy.