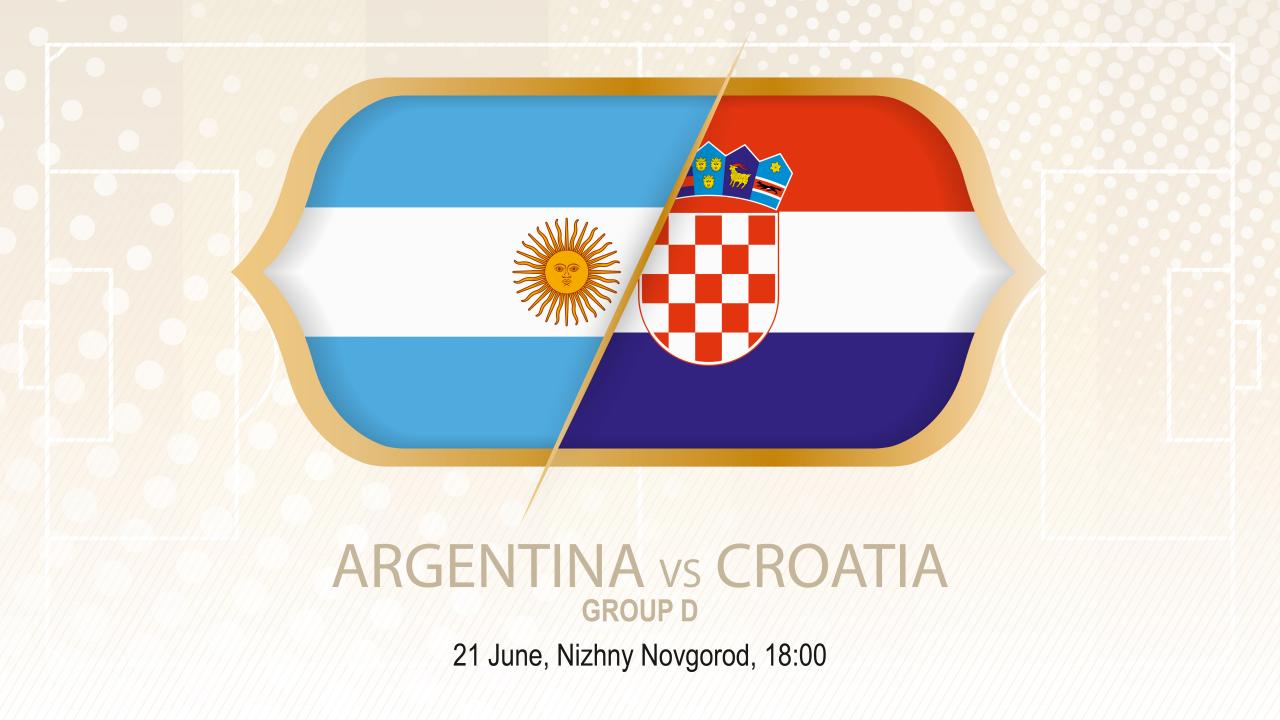 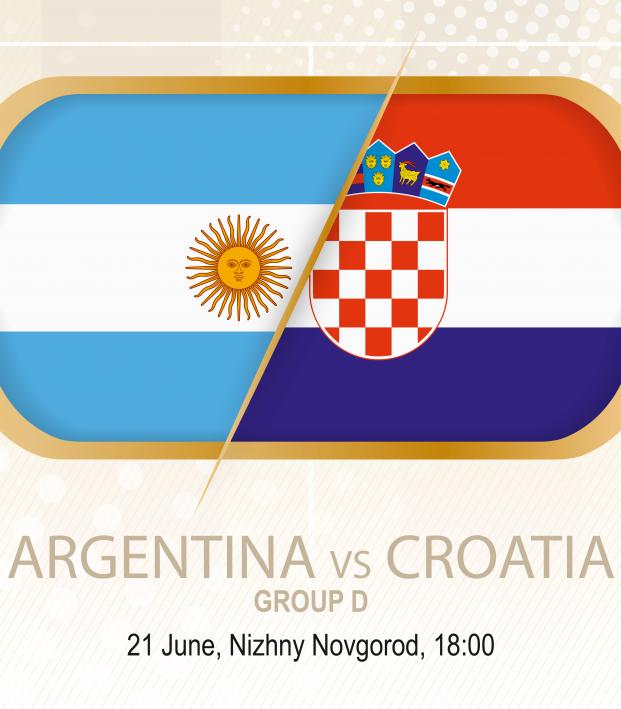 Coaches Corner: A Tactical Preview And Prediction For Argentina Vs Croatia

After a disappointing first match against Iceland, Argentina needs to get a result out of its match with Croatia on Thursda if it wants to keep its hopes of getting out of the group alive. For Croatia, three points would all but seal its ticket to the next stage. This promises to be a huge match, so here is everything you need to know ahead of the big game, plus a Argentina vs Croatia prediction.

Argentina vs Croatia Prediction And Preview

Argentina is desperate to bounce back after the draw against Iceland. It was a case of Lionel Messi trying too hard, as he had 11 shots (including the missed penalty) but could not convert any. Sampaoli is desperate to show his worth as Argentina coach, considering he hasn’t exactly had the greatest starts in his tenure with the team.

Argentina played with a 4-3-3/4-2-3-1 at times in its opening match against Iceland, and, for the most part, it was a good formation. What let them down was their inability to convert their chances and unlock a watertight Iceland defense that was sitting very deep. Given that Sergio Agüero scored a goal last game, we expect him to start up top again. Coming out of the side will be Maximiliano Meza, to be replaced by Ever Banega. Banega will be the one of the three in midfield to play in a more creative role.

Messi as always will be given the freedom to roam around the final third. Obviously he enjoys starting out on the right and working his way to the central area of the field, where he can either take a shot or play a defense-splitting pass. What needs to happen for Argentina in this game is that it needs to be decisive in its movements and passes. Far too many times did we see Argentina slowly move around the field and make a run with no purpose.

Sampaoli often employs a high press against the opposition, and the key to that is the midfield and wingers. Plenty of attacking and then winning the ball early again is crucial for Sampaoli’s game plan and don’t expect this game to be any different.

The main conundrum for Sampaoli is that a number of his players play in the same role or position. His strikers will drop into a No. 10 position to pick up the ball and drive at the defense, his wingers like to cut inside to where the No. 10 often plays and he is spoiled for choice with attack-minded players who fulfil the No. 10 position.

The way Argentina will win this match is by making sure the defense and midfield does not allow plenty of space between it. Iceland scored after it had worked its way up the field on a quick break, so it’s crucial the midfield and defense work together to prevent those spaces for Croatia’s midfield and attack to roam around.

Croatia was not entirely convincing in its win against Nigeria, but at the end of the day, three points is three points. Nikola Kalinić was sent home after he refused to come on as a substitute, leaving Mario Mandžukić and Andrej Kramarić as the only two recognized strikers. With Kramarić likely to play in the No. 10 spot against Argentina, Croatia is short of attacking firepower on the bench. Coach Zlatko Dalić could also opt to have Kramarić come off the bench in this match, in order to preserve at least one of the strikers.

For Croatia, its main weapon is its midfield. Two of the best central midfielders in the world — Luka Modrić and Ivan Rakitić — form part of the midfield in a 4-2-3-1, but the problem is these two players are very similar. If anything, Modrić has been the more attack-minded one of the pair, especially when he was moved into the No. 10 spot against Nigeria. His intelligence on the ball is one of the best in the world, so it will be very useful when trying to play a perfect killer pass or reading the play early and winning the ball back high up the field.

We’re thinking Zlatko Dalić liked what he saw against Nigeria when Modrić played further up the field, allowing Milan Badelj to come into the side to act as more of a midfield enforcer alongside Rakitić in the midfield.

Rakitić operates as more of a deep-lying playmaker, winning the ball and dishing it out just as quickly. Against the high press of Argentina, quick decisions are going to be critical at the base of the Croatian midfield, so Rakitić will have to be at the top of his game for Croatia to get the result it wants out of this game.

In the final third, Croatia has some big boys. Mario Mandžukić is the main target man in the side, so look for plenty of crosses to be whipped in or for the ball to be played into his feet and then lay it off to a teammate. Ivan Perišić has pace to burn and looks to get past his marker every time, but can often be caught out for his laziness on defense, as the opposition can target the space he leaves behind when he doesn’t track back.

The defense is the weakest part of the Croatian lineup. Ivan Strinić often has his work cut out for him at left back, partly because of Perišić’s low defensive work rate. What this does is it can allow for an overload on that side, or it can force players in the central area of the field to be dragged over and subsequently allowing that space to be exploited by the opposition. Against a team with an attack like Argentina does, it would be an unmitigated disaster. Especially when you consider that Messi often starts out on the right wing.

The Coach: Argentina 2-1 Croatia. As explained, Perišić’s low defensive work rate is going to allow Messi to run riot on the Croatian defence. Croatia will heavily rely on its midfield to defend and attack, but eventually it can’t keep it up any longer. Expect Croatia to take the lead first, but for Argentina to come roaring right back. It could be an end-to-end game for the entire 90.

Connor Fleming: Argentina 3-2 Croatia. Both sides will quickly transition through the midfield and look dangerous with every foray forward, but Argentina’s quality in the attacking third (Messi will get his first of the tournament and set up his teammates for two more) will prove too much for Dejan Lovren to handle. This match will clearly demonstrate both teams’ obvious strengths and glaring weaknesses.

Travis Yoesting: Argentina 1-1 Croatia. Argentina is desperate to get a win after a disappointing first match, but that will play into Croatia's hands. La Albiceleste will be held to another draw against another well-drilled defensive unit.

Bryce Badwan: Argentina 2-1 Croatia. I have a bad feeling picking Argentina. Their defense is a mess, Willy Caballero is a geezer and I just don't see how they will be able to neutralize Luka Modric and Ivan Rakitic. But my soul simply won't allow me to pick against Lionel Messi. His back is up against the wall. And the last time that happened, he scored a hat-trick against Ecuador at 9,000 feet.