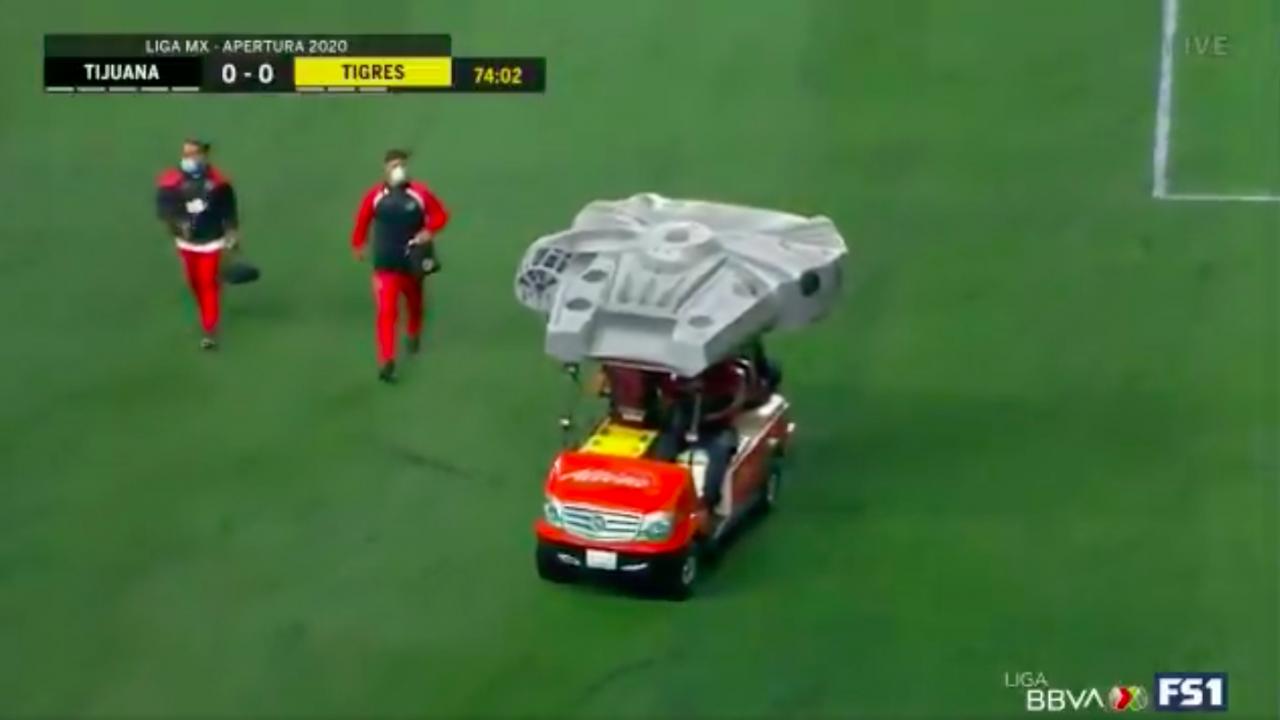 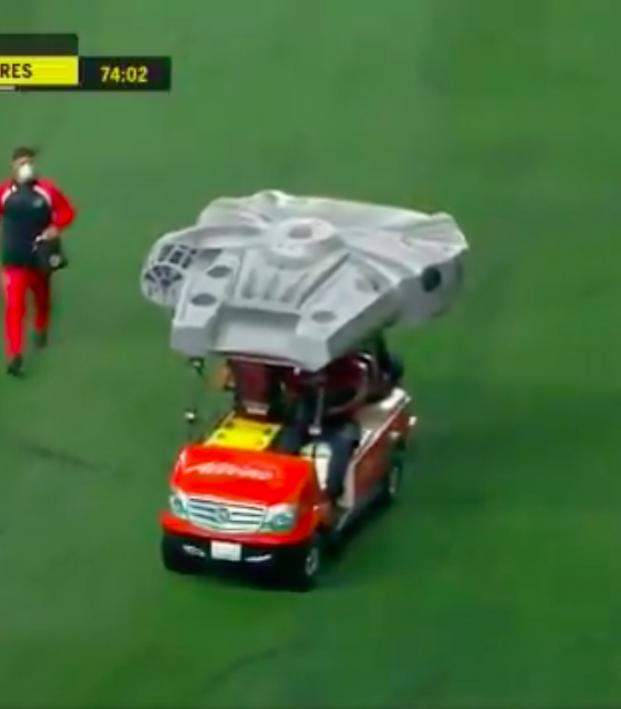 Last night, Club Tijuana and Tigres played to a scoreless draw at Estadio Caliente in a match that included six yellow cards and 39 fouls. Our friends over at the always excellent FMF State of Mind blog said the game “devolved into a series of fouls that choked off any momentum” and included “long stretches of the teams mauling one another.”

But don’t worry, Esatdio Caliente had a remedy for all the aches and pains being inflicted out there: a medical cart dressed up as the Millennium Falcon.

Here’s Tijuana midfielder Jaime Gómez exiting the field in the 75th minute and doing so in fine style.

Xolos are currently using the Millennium Falcon to retrieve injured players from the pitch in Liga MX. pic.twitter.com/FtLDkX4GQn

If I was the driver, I would — without fail — pick up an injured player, turn around with a twinkle in my eye and roguish smile on my face and say: “You’ve never heard of the Millennium Falcon? It’s the ship that made the Kessel run in less than 12 parsecs.”

And then I’d get punched in the face.