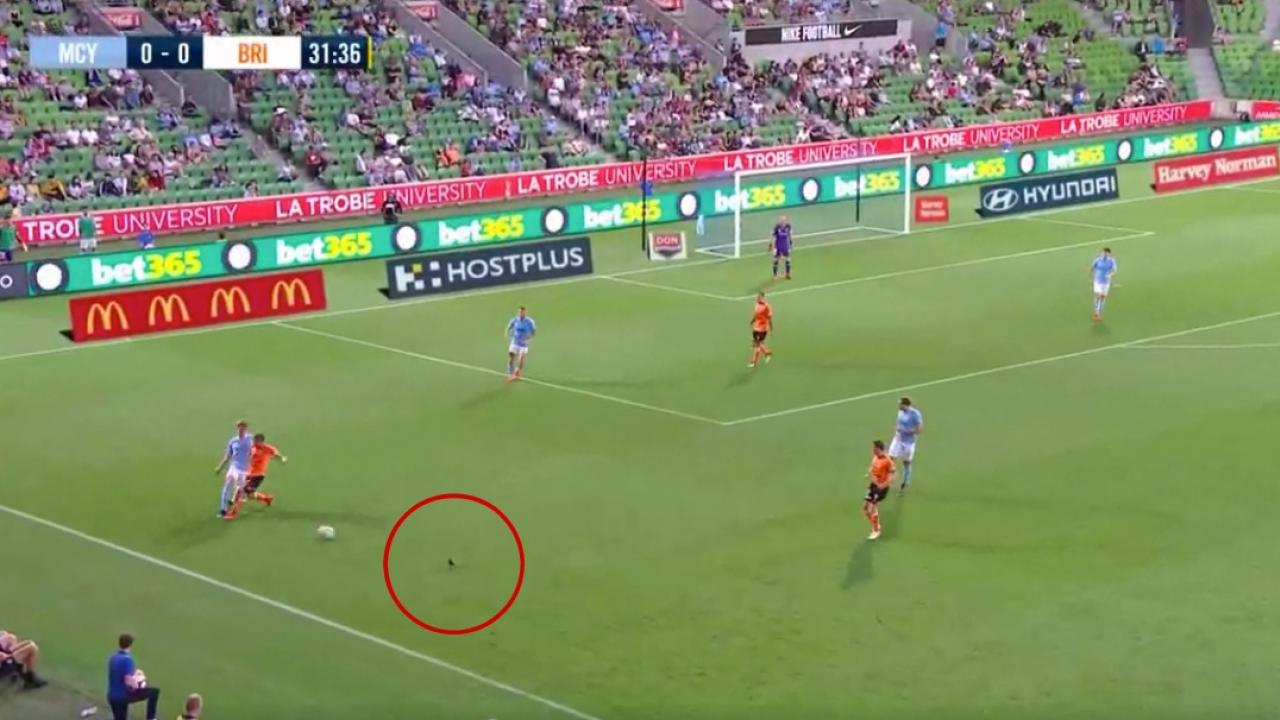 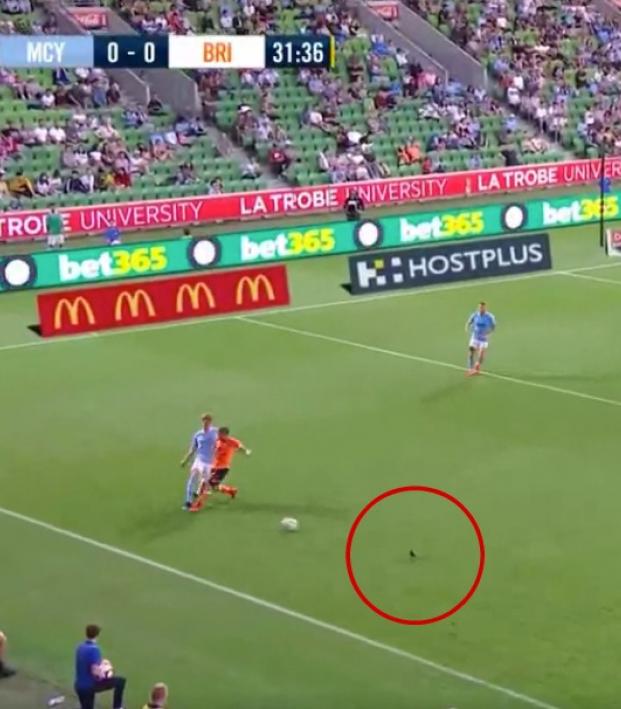 Soccer is no stranger to fuzzy, furry or feathered pitch invaders. From cats and good dogs to sensual grasshoppers and even dead rats (ew).

But usually these animals scurry off the field with no harm done, unlike in other sports.

Who can forget powerful left-handed pitcher Randy Johnson absolutely destroying a bird that flew into the path of one of his patented fastballs?

Unfortunately for PETA supporters, one poor pigeon had a similar fate to these birds during an A-League match between Brisbane Roar and Melbourne City FC on Friday.

During a routine passage of play in the first half, Melbourne City right back Harrison Delbridge attempted to pass the ball up field, only for a pigeon to be in the way. The bird went flying, losing feathers in every direction in the process.

Brisbane’s Matt McKay was the only player who seemed to show any sort of sympathy for the now flightless bird. His teammate, Thomas Kristensen, took full advantage of the moment to surge forward and send in a cross.

Fortunately, the A-League pigeon appears to regather itself and flutter off the pitch, so hopefully it’s OK.

Certainly better than the bird struck by the Randy Johnson pitch.

For those wondering, Melbourne City won 1-0 — and no a goal wasn't awarded for kicking the pigeon.