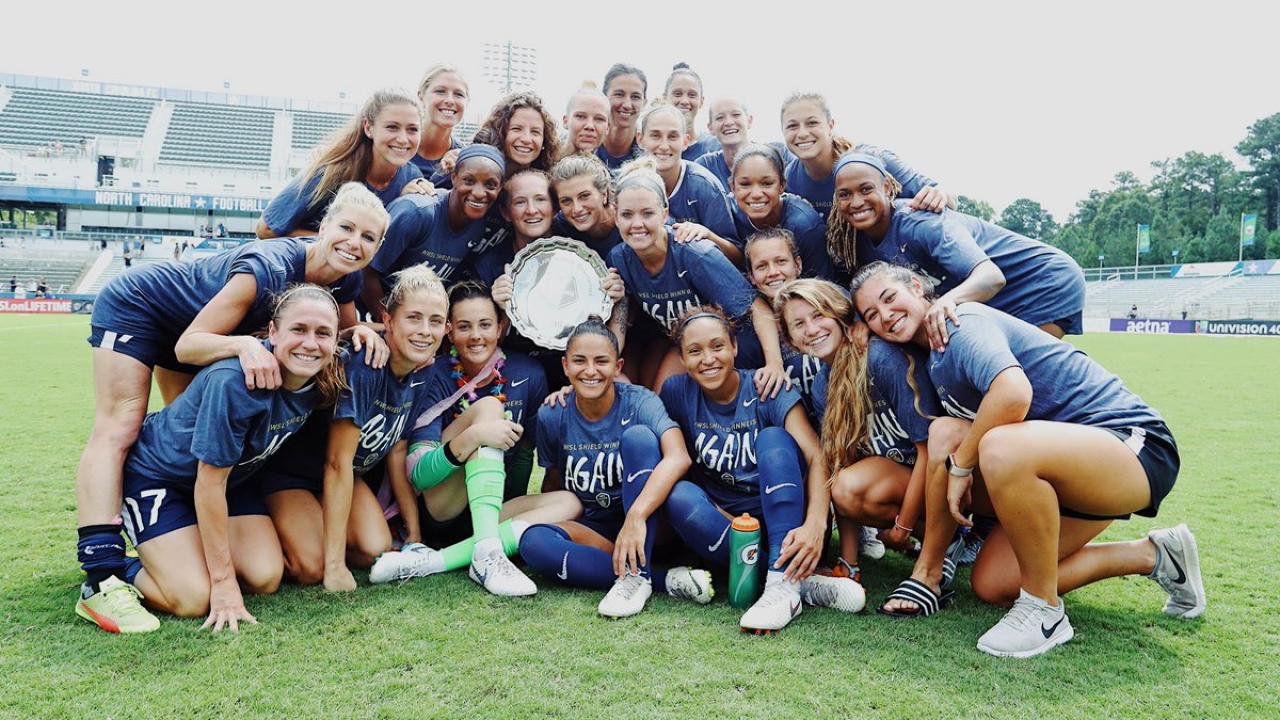 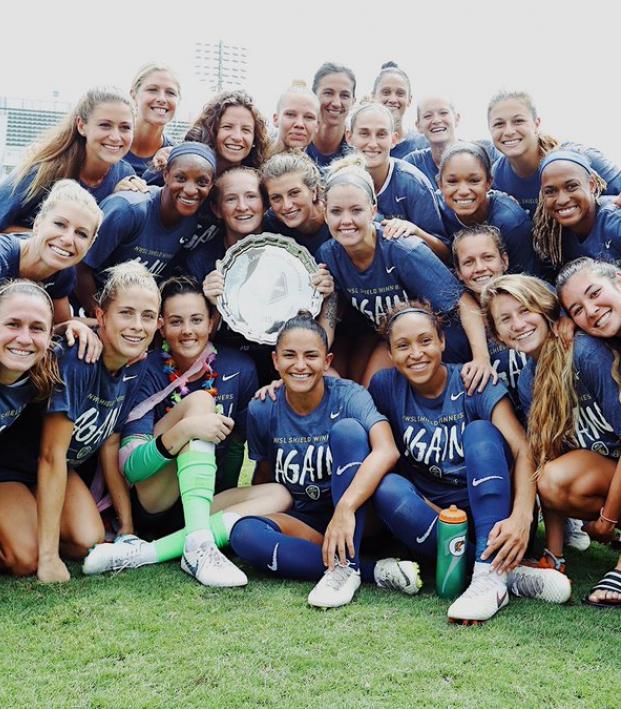 5 Reasons To Watch The 2019 NWSL Season, Which Kicks Off This Weekend

The National Women’s Soccer League is entering its seventh season, a testament to the staying power of a professional women’s soccer league in the United States. While there have been road bumps in the past — and there will be plenty more in the future — the league is in a strong place heading into what could be a big season with the Women’s World Cup this summer.

The 2019 NWSL season is a huge opportunity for the league to capitalize on the momentum built by the 2019 Women’s World Cup in France. The league will take a two-week break for the tournament but return before it ends to fully take advantage of World Cup fever.

The 2019 NWSL regular season kicks off this weekend with four tantalizing matchups and continues through October 12. The four-team playoffs will begin Oct. 19 with the NWSL Championship slated for Oct. 26.

For our 2019 NWSL preview, here are five reasons you really should watch the league this year.

#1. So Many Women’s World Cup Stars

There is no better way to get ready for the 2019 Women’s World Cup than by watching the NWSL.

The number of players who will compete at the Women’s World Cup in France this summer that also play in the NWSL is staggering.

Of course, you’ve got the American stars like Alex Morgan (Orlando Pride) and Megan Rapinoe (Reign FC), but there are also countless big names from other countries, perhaps none bigger than Orlando’s Marta. But don’t forget about Christine Sinclair, the unstoppable Canadian who could soon pass Abby Wambach as the all-time leading international goal scorer in soccer history.

For the first time ever, all NWSL matches will be streamed on Yahoo Sports, which means this will be the easiest it’s ever been to watch the NWSL.

Finding live NWSL matches to watch hasn’t always been easy over the lifespan of the league. It was a big deal just to get a handful of matches on TV at the league’s inception. Streaming has become the norm of late, whether on the NWSL website or through go90, plus some matches on Lifetime.

The NWSL and Lifetime ended their TV agreement in February. While this left the league without a broadcast TV partner (something that really ought to be rectified ASAP), it does mean that you always know how to watch every match, all of which will be streamed by Yahoo Sports.

#3. The U.S. Doesn’t Want To Fall Too Far Behind Europe In Attendance

Perhaps sparked by the upcoming Women’s World Cup, leagues in Europe have seen huge attendance boosts for the 2018-19 season.

In January, Athletic Bilbao set a European record with 48,121 fans at the San Mamés for a Copa de la Reina match against Spanish powerhouse Atlético Madrid. But that record didn’t last long, as Barcelona’s visit to Atleti’s Wanda Metropolitano in March drew a world record 60,739.

Records have also fallen in Italy, and the English record of 45,423, set at the FA Cup final last year, will probably be broken soon too.

Meanwhile, back in the States, the record for highest attendance for an NWSL match is 23,403 for a regular-season match between the Pride and Dash in 2016.

The NWSL needs the rest of the league to draw fans like the Thorns, who own nine of the 10 most-attended matches last year and less like Sky Blue FC, which drew a lowly 2,531 average.

Americans like to say they support women’s soccer, but on the basis of NWSL attendance, they’ve yet to really prove it. It’s time they prove it and fall in line with European attendances.

#4. Support The USWNT Before (And After) The Women’s World Cup

Every USWNT player that will compete in the World Cup this summer plays in the NWSL, so what better way to send off the USWNT than by supporting their club endeavors?

The matches you really want to watch include the Chicago Red Stars, North Carolina Courage and Portland Thorns, all of which have four USWNT-allocated players.

The league will take a two-week break for the World Cup from June 3-14, though the U.S. will likely be playing until July. USWNT players’ first matches after the World Cup will be with their clubs, the perfect opportunity to celebrate what will possibly be the country’s fourth World Cup trophy.

As much as coaches love to celebrate defense, everyone loves a great goal, and the NWSL has some of the greatest goal scorers the game has ever seen.

It starts with Christine Sinclair, who will probably retire as the greatest international goal scorer of all time. Then there’s Sam Kerr, the current all-time leader in NWSL history who is almost impossible to defend. Alex Morgan, who recently hit the century mark with the USWNT, teams up with five-time FIFA World Player of the Year Marta in Orlando.

We also can’t forget about the Americans who may not get many opportunities with the national team because there just aren’t enough roster spots available, but they can still light up the NWSL, such as Jessica McDonald, Lynn Williams and former USWNT regulars like Amy Rodriguez and Sydney Leroux.

means more of this

On the eve of the NWSL season, Heather O’Reilly announced that this would be her final season as a professional footballer.

The midfielder ranks in the top 10 in USWNT appearances, having been a part of the 2015 Women’s World Cup-winning squad and earning three Olympic gold medals.

O’Reilly has played with the now-defunct Boston Breakers and FC Kansas City as well as a stint with the Arsenal Ladies in England, but she'll end her career in the same state she began her collegiate career, the former Tarheel now playing for the North Carolina Courage.

On the day before the opening of the 2019 NWSL season, I would like to share that this will be my last season as professional player! It’s been a long and beautiful ride. More goodbyes can come after the season. Until then, we have work to do! See you at the stadium! #courage pic.twitter.com/pu1Ic0yUL6