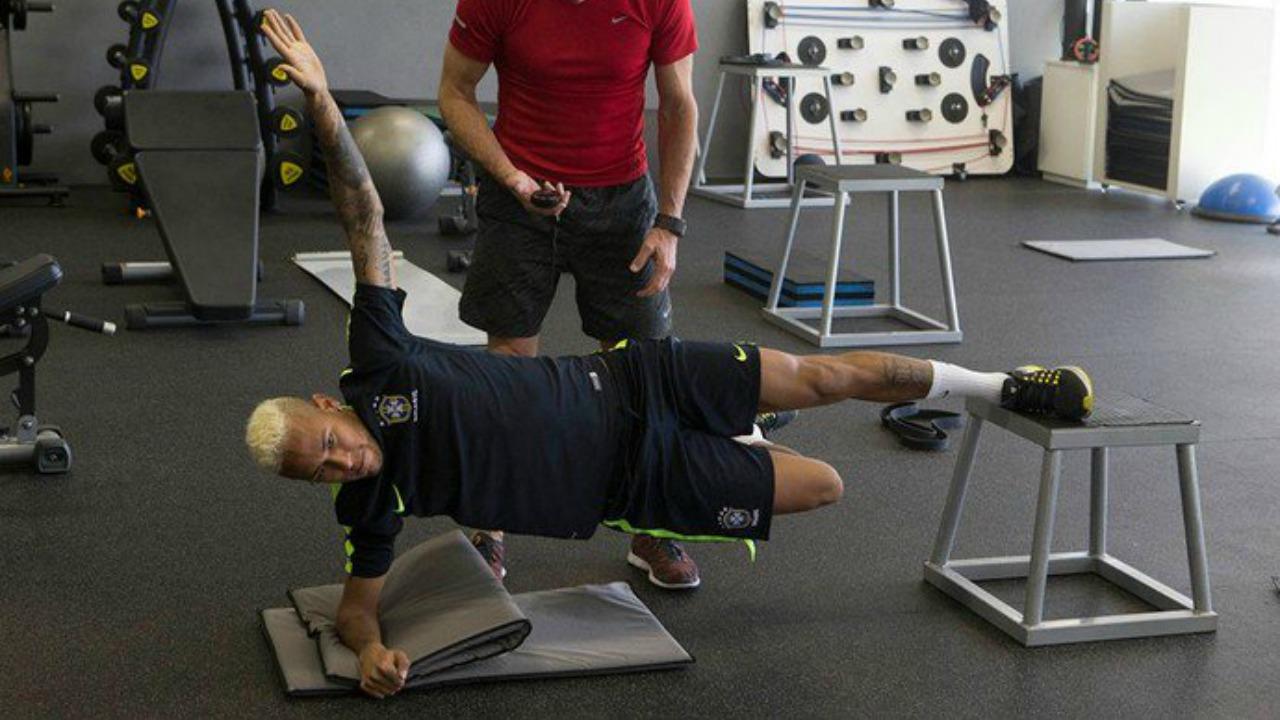 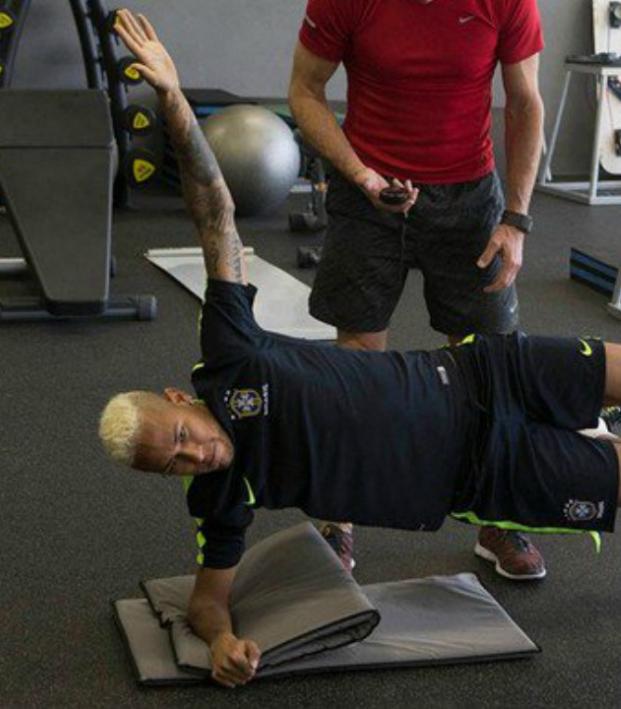 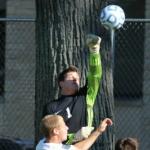 Steven Solomon October 27, 2016
In this training article, we'll show you how to eat, train and play like one of the most dominant forwards in the world, Neymar.

So you’re the kid on the team with a slender, 5-foot-something frame and weight that falls right in the middle of the 50th percentile for your age. You’ve heard the words “scrawny” and “toothpick” tossed around by coaches when discussing your physique. However, as a product of your natural build, you also possess pace, good foot speed and decent technical ability.

Given these physical traits, you’ve been type-cast into a number 7 role where your speed allows you to work box-to-box and your dominant, yet intelligent, right foot can deliver quality service into the 18.

The bad news is, you fancy yourself more as a number 9 or perhaps even a number 10, where you’re asked to play with your back to goal and hold off defenders until help arrives. Or, perhaps, you’d just like to be able to cut towards the inside and drive at defenders without being pushed off the ball the moment the outside back steps in.

Fear not, your situation is not unlike Neymar's just before arriving at the Camp Nou at the age of 21, and we’ve got you covered. We’ve put together an overview of the nutrition and training regime Neymar embarked upon to turn himself into one of the world’s most dominant forwards.

Before coming to the Barcelona, Neymar underwent a tonsil operation and was reportedly anemic for his medical with the Catalan side.  Team nutritionists and training staff were alarmed when the young star checked in at only 132 lbs. At this weight, he might have had trouble holding his own on a middle-school playground, let alone on the pitch at the Camp Nou.

Glaringly apparent was the need for the young star to put on more weight in the form of muscle as a means of injury prevention and to compete in the more physical La Liga. So the Barca team devised a diet and training regime intended to increase lean muscle mass while avoiding the excessive weight gain that would hinder speed and agility – hallmarks of his play.

In this article, we’ll show you how to eat, train and play like Neymar, so whether you’re an outside winger who just wishes to add a little more dynamism to your play or you’d like switch to a more inside role entirely, you’ll have all the physical tools necessary to do so.

First things first, the junk food has got to go. Those weekly stops at your favorite fast food joint, that daily Big Gulp from 7-11 and the deep-fried stick-o-butter (if you frequent the Texas State Fair), are doing everything but helping you play better.

Instead, you need to switch towards foods that are conducive to longer, higher intensity periods of training and play. To do this, look at foods as a source for macronutrients. Macronutrients are substances (molecules) needed in relatively large quantities for any organism to grow. They play a vital role in the metabolic pathways responsible for everything from muscle contractions to tissue development.

There are three types of macronutrients (macros for short) that are most often looked at when developing a training regime for an athlete. These macros include carbohydrates, proteins and fats. When it came to creating a diet for Neymar at Barcelona, team nutritionists were primarily concerned with carbohydrates and proteins and, as a general rule of thumb, told Neymar Jr. to limit his intake of fats.

In order to reach his nutritional targets, the Brazilian was put on a hyper-caloric diet, meaning he was eating well above 2600-3000 calories per day, the benchmark for an active male of his age group.

However, the training staff was very selective about where those calories were coming from. About 60% came from carbohydrates, 30% from protein and the remaining 10% from fats, vitamins and other macronutrients. To understand how Neymar went about adhering to this strict dieting plan, we need to take a closer look at carbohydrates and proteins as a food group.

Carbohydrate is really just the scientific name for sugar. Although not directly responsible for muscle development, carbohydrates are a staple nutrient for athletes wishing to gain lean muscle mass as they are vital to cellular respiration and energy production.

Carbohydrates are further divided into two groups, simple and complex carbs.  Simple carbs are sugars consisting of one or two molecules and are very easily broken down in the body. Because they are almost immediately metabolized, they produce a high level, but short burst of energy. Think “sugar rush” after eating that morning donut in the office. Fruits, most vegetables, hard candy and soda are high in simple carbs.  While they can be a good source of a quick, readily available energy, they do not represent the best food source for an athlete engaging in high intensity endurance workouts.

Instead, soccer players should look towards complex carbs as their primary energy source. Complex carbs consist of three or more sugar molecules and are most often found in foods high in starches such as whole wheat pasta, brown rice and potatoes. Complex carbs take far longer to be broken down by the body and therefore produce prolonged and consistent amounts of energy, ideal for the endurance athlete.

Nutritionists generally agree, for every hour of sustained, high intensity workout, an athlete should generally eat about 30g-60g of complex carbs about two hours prior to the start of training. For his carb intake, Neymar was primarily relying on whole-wheat pasta, and plenty of it.

When it comes to actually building muscle tissues, there is no nutritional substitute for protein. Protein, by definition, is a complex amino acid chain, and amino acids are the building blocks for muscle cells and tissues. The body breaks these amino acid chains down and then rebuilds them in the form of muscle.

But, before you go out and buy 20 lbs of prime rib for the week, you need to watch what other macronutrients are accompanying your protein source. Red meats and dairy products, although high in protein, also contain large amounts of fats and cholesterol.

Again, if you want to diet and train like Neymar, then it’s lean muscle we’re after. Prime rib and cottage cheese is great on occasion, but there are other sources of protein that don’t contain as much fat. Neymar’s diet consists of a lot of fish, spinach, lentils and beans, all which contain large amounts of protein by weight but without the counterproductive fat content.

Neymar has also been reported to regularly drink a protein shake or, as some are calling it, “magic potion”. These can be great sources for protein, but be careful not to over do it. A lot of companies instruct users to consume more of the drink than necessary for obvious reasons, but consuming more protein than your body can use for muscle development results in excess protein being stored as fat.

Nutritionists generally agree that endurance athletes like soccer players should consume about .5 to .7 grams of protein per pound of body weight per day.

One Last Piece of Dieting Advice

Before you begin a hyper-caloric diet like Neymar's, make sure you are getting adequate amounts of excersise. You should be trainining at least 3x-5x per week and around 60 minutes per training session to actually see the positive physical gains from an increased caloric and macronutrient intake. Any excess calories from carbs or protein, not used by body for energy or muscle production, will be stored as fat.

The combination of these three types of conditioning allowed Neymar to increase his total body strength while still maintaining his original upper to lower body weight ratio. This is crucial for an athlete wishing to maintain their original biomechanics while still increasing their overall strength, speed and agility. To those unfamiliar with performance athletic training, we’ll break each of these programs down to their basic understandings.

Plyometrics, or plyos for short, involve strength and agility training using one’s own body weight. Muscles exert a maximum force over a very short interval of time to quickly change the body’s movement and direction.

A lower body plyometric workout might consist of squat jumps and step-ups while an upper body plyometric workout might involve push-ups with varying hand positions, pull-ups and chin ups. They are ideal for increasing the agility and explosiveness of an athlete since they often replicate the very same movements an athlete goes through in competition.

Try incorporating plyos into your training 2x-3x per week. Below is an example of a good entry-level plyometric workout.

A Full-Body Circuit involves doing a series of primarily low-weight exercises in immediate succession to each other. Generally, the only break comes once a circuit of exercises is completed. A circuit might include four different exercises, each designed to target a specific muscle group. Each exercise is done for a set period of time or number of repetitions and the entire workout usually consists of 2 to 4 circuits. Once an entire circuit is completed, a short rest, no longer than one minute, is taken.

Try incorporating a full-body circuit workout into your training routine 1x-2x per week. Below is a good example of a circuit training workout.

Oxygen is a primary component of energy production in the body. When the body needs more energy than can be supplied by the rate of oxygen intake during a workout, the body switches to burning fat as an alternate source of energy. This process usually occurs when an athlete approaches his or her maximum heart rate.

Because continuously training at a maximum heart rate is extremely difficult to impossible, trainers rely on what’s called High Intensity Interval Training. This method of conditioning is most often applied to cardio workouts and involves the athlete maintaining a comfortable pace and “base” heart rate for approximately 1/2 to 2/3 the time of the work out. Then, at set intervals, the intensity and heart rate are raised to their maximum level.

For example, the athlete may jog at a very easy pace for 60 seconds and then sprint for 30 seconds before returning to their “base” or “resting” work rate. The entire workout may take about 20 minutes.

When Neymar is following his hypercaloric diet, he relies on this type of interval training to keep the fat off while maintaining lean muscle. For a good example of an HIIT workout click here.

To play like Neymar the training is simple. Play hard, play often and play anywhere you can. Before joining the Brazilian Santos youth system, Neymar learned how to play on the streets and on local futsal courts. Coaches and trainers at Santos have credited his quick feet and passing to his time on the futsal courts where spaces are tighter, touches are more frequent and quick decisions must be made.

When playing, also make an effort to work on your weaknesses as a player. In fact, you should probably devote more time to developing your weaknesses than your strengths. This may seem like a no-brainer, but all too often players are afraid to try something they’re not fully comfortable with, especially when it’s in front of others.

On the Santos U-15 team, head coach and contemporary of Pelé Antonio Lima had Neymar working extensively to develop his left-footed touch. The results of all this training are completely self-evident. At Barcelona, Neymar plays on the left and has absolutely no problem driving towards the inside on his right.

So there you have it folks. From dieting, to training, to playing, these are the factors that have produced one of the greatest players of all-time. As cliché as it may be, one sure fire way to be the best is to train like the best.

Now go get after it!

Steven Solomon solomon@the18.com  |  the18com Soccer is the peoples’ sport. The barriers to entry for players and fans alike are low to non-existent...more