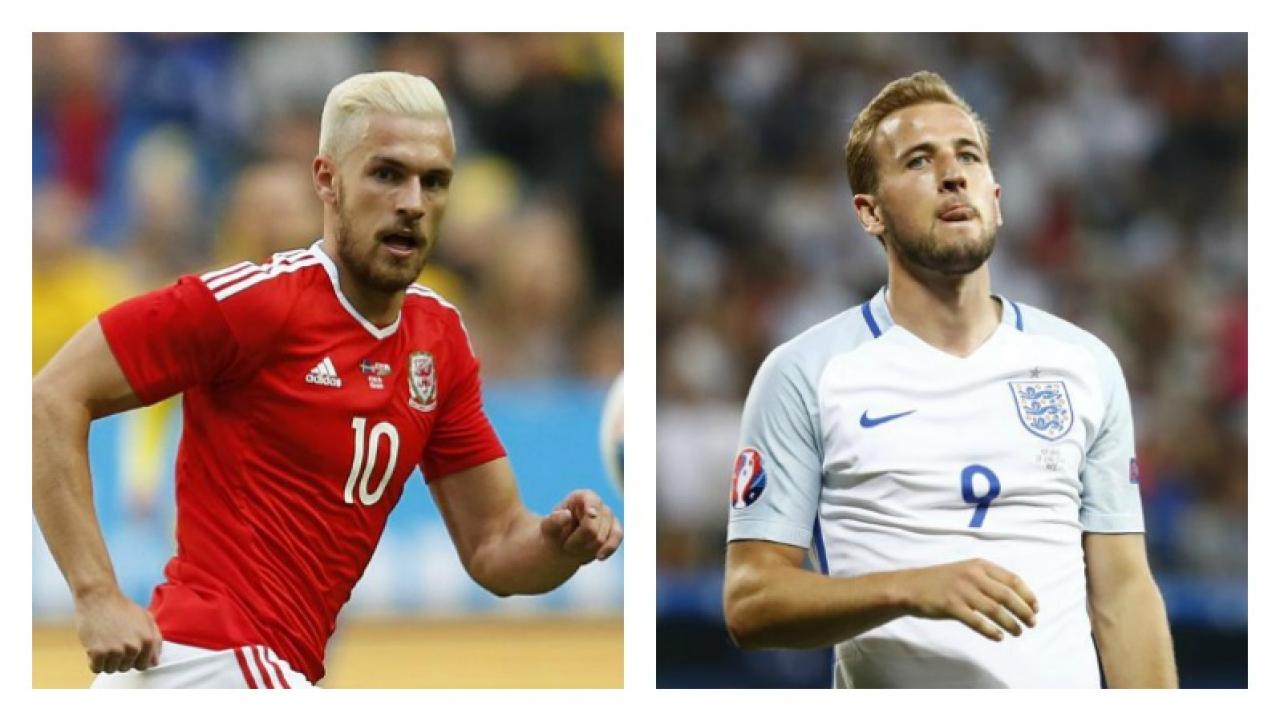 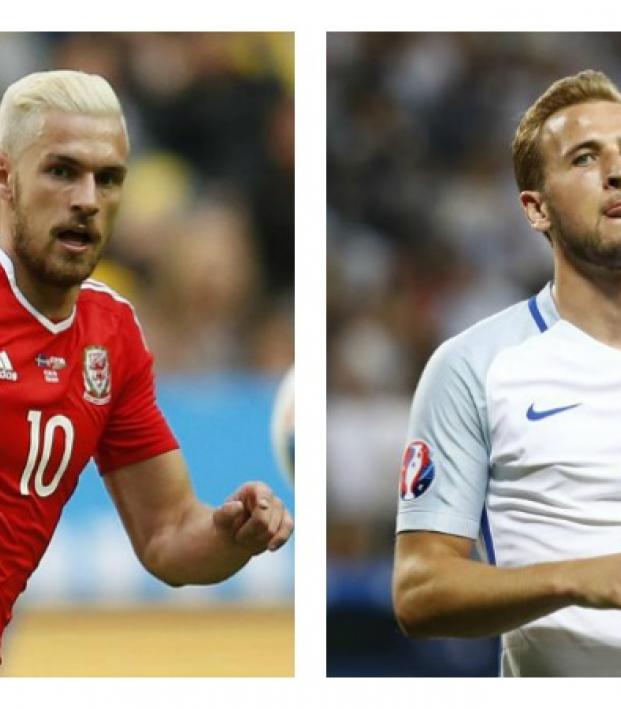 James Hansen July 13, 2016
It's silly season again, and Euro 2016 presented a perfect opportunity for players to showcase their worth. So who caught the eye, and who bombed entirely?

Now that we have finished weeping uncontrollably and cursing the inevitable passing decay of time, we've been able to look back fondly at that magical month in France. All the surprises, all the snoozefests, the wardrobe malfunctions, the hooligans, the Irish lullabies, the pyrotechnics and of course, the tears. It's all been so great.

Now comes the inevitable summer lull, where, in our utter boredom, we look at ridiculous transfer rumors in the hopes that we don't have to actually deal with reality. So, in the spirit of hanging onto the blissful distraction of the European Championships for one more day, we present you this: ten players whose stock went up because of Euro 2016, and ten whose stock went down.

Players who raised their value in Euro 2016

Many people started looking at this exciting Turkish youngster after he made a high-profile move to Borussia Dortmund. After Euro 2016, a great many more will be standing up and taking notice. Mor was one of the few bright spots in a frankly boring Turkish side that lacked quality. If his career keeps up this trajectory, Dortmund is only the beginning.

The newly-dubbed "Welsh Cruyff" went into Euro 2016 without a club, having been released by Reading in the English Championship. After this tournament, someone is sure to take a gamble on him, if only because of this goal.

Whatever happens, Robson-Kanu is now part of Welsh history.

Ramsey has always been talented. Nobody has ever questioned that. However, at Arsenal, the popular opinion is that Ramsey is quite often misused, with Arsene Wenger often putting him on the flank or in a holding role. His performance for Wales this tournament will only serve to strengthen those arguments. Playing in the number 10 role, Ramsey was absolutely untouchable, and he fully deserved his place in the best XI of the tournament.

The only bright spot of England's torrid campaign, Dier looked extremely comfortable in his holding midfield role. The Tottenham youngster sprayed passes, cut out attacks and positioned himself well, showing maturity beyond his tender years. He didn't have a great game against Iceland, but then again, neither did anyone else.

One of the most exciting youngsters for Germany currently, Kimmich is already being likened to the next Phillipp Lahm due to his fantastic performances at right-back and his multi-functionality as a midfielder. Germany may have not had a great tournament, but with youngsters like Kimmich coming through, they have plenty to look forward to.

Yes. We realize he's 30. After his golem-like performances for Iceland though, somebody should really take a risk on the Krasnodar man. Ragnar was a huge part of Iceland's solidity, and at times, it seemed like he was winning literally every ball that flew within five yards of the penalty area. He has a desire to play for Liverpool, and it's certainly a move that Jurgen Klopp should definitely consider.

Payet's rise this season was overshadowed at times by Riyad Mahrez, Jamie Vardy and the rest of the Leicester City crew. Make no mistake though, Payet is a star. He proved it at Marseille, he proved it at West Ham and now he's proved it for his country. It's incredible to think that, just a few months ago, Payet was virtually blacklisted from the France team. We don't think anyone will be making that mistake again.

On the list of things we would have never foreseen coming into this competition, Giaccherini starring for Italy was definitely up there. I mean, come on! Remember him at Sunderland? How crap was he? Yet, you can't deny that Giaccherini was one of the hardest-working and most dangerous outlets for the Azzuri.

They called this Italy team the worst ever, and before Euro 2016 we certainly agreed with that. How we were wrong. Maybe it's time we all gave Giaccherini a second chance.

Every Chelsea fan knows by now what Sissoko can do. He apparently only feels like turning up for Newcastle in those big games. When he turns up, though, he's a world-beater. Case and point, he kept N'Golo Kante out of the France side, and Kante was actually brilliant all tournament. His performance in the Euro final deserved a win, and if the French actually put away some of their chances, he would have got it.

Everybody loved the Irish at Euro 2016, albeit more for their fans than the actual football being played. That being said, Hendrick was one of the players who actually stood out of this mostly mediocre Irish side. Now, we're not saying he should be Real Madrid-bound, but he's certainly playing below his level in the Championship for Derby County. We'd love to see one of the newly promoted sides pick him up.

Players who lowered their value in Euro 2016

Granted, Gotze's stock was already lower than it probably ever has been, but this tournament really hasn't helped anything. After being linked with a move away from Bayern all year, Gotze really needed a good tournament to give Bayern a reason to keep him. It didn't happen. That winning goal in the World Cup final has never seemed so far away.

Every club in the world seemed to be linked with Bayer Leverkusen's free-kick maestro at one point. Then, it all went downhill. His anonymous performances for Turkey left him benched, a trend that continued from the last half of the season for Leverkusen. He seems to suffer from a real lack of motivation, and he has to be careful not to slip into obscurity.

Russia sucked. Like, really bad. As such, it was hard to pick just one player who represented how bad they were. Then, it hit us like a bad hangover: Dzyuba. He was supposed to be Russia's main goal threat at this tournament, but instead, he lumbered around like freaking Treebeard after one too many Stolis. After having a good season with Hulk at Zenit St. Petersburg, there were a few clubs interested in Dzyuba. Probably not anymore.

Speaking of teams who really sucked this year, Ciaran Clark seemed to pack Aston Villa's shoddy defending with him for the trip to France. He played the first two group games, and then, quite rightly, was dropped. To be fair, there was nothing he could have done about his own goal versus Sweden, but it still is quite representative of his shocker of a tournament.

There is a lot of hype around Ajax's Polish striker, and for good reason, but he really didn't live up to it at this tournament. He didn't necessarily have a poor tournament, but he missed a few glorious chances that would have seen Poland beat Germany and avoid extra time against Switzerland. He still has a lot of potential, but this tournament proved he's not the final product yet.

Whatever your opinion of Zaza, you can't deny that he didn't exactly cover himself with glory at Euro 2016. It may seem a little harsh, but when you're subbed on with the sole purpose of taking a penalty, you better make sure you make it. Zaza didn't, and now he's the laughing stock of the internet. Don't be surprised if Juventus try to offload him this summer.

Muller is one of the smartest players in the world, and he is an absolute legend for Germany. Yet, for some reason, he has never been able to transfer his usual clinical efficiency to the Euros. This tournament was no different, as Muller stayed mostly anonymous, his absence all the more glaring due to the lack of goals from anywhere else in the German side. He's still a fantastic player, but Jogi Loew will be disappointed that he couldn't get more out of him.

Probably one of the most dramatic drops in form in recent history. Kane looked like he didn't know where the ball was, never mind where the goal was. His first touch was awful, his set-pieces were comical, his shots were wayward and he seemed to have no idea where to stand and what to do. Part of that may have to do with tactics, but there's no doubt that Kane was one of the most disappointing performers of Euro 2016, especially after the season he's had.

In all honesty, we could put most of the England players on this list, however Joe Hart deserves a special mention. By the end of the tournament, Joe Hart had let in four goals out of the seven attempts he had faced. Not great numbers. Add to that the pathetic attempts to stop both Gareth Bale's free kick and Sigthorsson's tame effort, which were both easy saves, and it wasn't a good tournament for Hart.

Pep Guardiola appears to be on his side at Manchester City, for now, but Hart will have to prove pretty quickly that this was just a blip.

Probably one of the most useless players at the tournament. 41 passes over 169 minutes with only a 43.9% success rate kind of tells the entire story. He scored an equalizing penalty against Croatia, but otherwise, the Czechs may as well have been playing with 10 men. His agent recently linked him with Juventus, which we find hilarious.